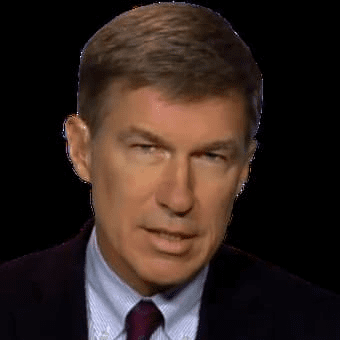 Greg Palkot is a three-time Emmy award-winning journalist serving as a senior foreign affairs correspondent for FOX News Channel based in London. He joined the network in 1998 as a correspondent. Previously, he was an anchor, reporter and producer for programs airing on PBS, Financial News Network (now CNBC), WABC and CBS.

A graduate of Garden City High School in Garden City, New York; Greg also studied at Wesleyan University in Middletown, Connecticut where he earned a Bachelor’s degree in English.

The Award-winning journalist was born in New York. Greg is the son of John Palkot and Anne Karis. His mother, Karris passed on in 1998 while his father is still alive.

His father became famous years back for looking younger and stronger than his age despite being 104 years then. Karsten Thormaehlen, a German photographer featured him on his book, “Aging Gracefully,” a collection of photographs and profiles of 52 centenarians around the world.

Greg is married. However, his wife is unknown. Information about his family is also not available.

He is also believed to have kids however there is no public information about them.

As a senior foreign affairs correspondent, Palkot reports full time from FOX’s London bureau, where he extensively covers international terrorism with a focus on the victims, the emergency response, and investigations. Recently, he provided wall to wall coverage of the ISIS attacks in London, Manchester, Paris, Brussels, Berlin, and Nice, France.

Throughout his tenure at FNC, Palkot has reported on the grown tensions over North Korea’s banned nuclear and missile programs. He has traveled to Pyongyang, North Korea on multiple occasions, and provided in-depth coverage of the U.S. and South Korean military efforts to deal with the threat.

In addition, Greg has traveled widely throughout the Mideast, covering militants in their bases, the “Arab Spring”, as well as riots in Cairo and Egypt. He also covered the war in both Afghanistan and Iraq following the 9/11 attacks. While reporting, he has embedded extensively with U.S. troops on the front-lines, with the lead Marine Company in the Fallujah, Iraq battle.

Palkot was the first reporter in the “spider hole” where Saddam Hussein hid. He was at the Pakistan villa where U.S. Seal’s captured Osama Bin Laden, and was at the scene where Libyan dictator Muammar Gaddafi was killed by rebels. In 2013, he presented a rare one-on-one interview with Syrian leader Bashar al- Assad on his use of chemical weapons.

Greg has also reported on a range of natural disasters including the devastating earthquake and tsunami in Japan, the deadly tsunami in Indonesia, and other earthquakes in Pakistan and Turkey. While in Europe, he covered the Russian-backed separatist wars in Ukraine, the immigrant crisis across southern Europe, as well as United Kingdom’s Brexit from the European Union.

Prior to joining FNC, Palkot served as an anchor, reporter and producer both internationally and in the U.S. for programs airing on PBS, Financial News Network (now CNBC), WABC and CBS. He is a three-time Emmy award-winner for reporting, news coverage, and feature stories, along with receiving other awards from the Associated Press and United Press International.

In February 2011, Palkot found himself in the middle of a thousand plus protestants fighting for his life. The incidence was a week after former Egyptian President Hosni Mubarak departed from office. It was followed by  an attack which was launched in the city of Cairo.

For two long days pro-government thugs descended on Cairo’s Tahrir Square. The thugs attacked everyone and anyone in sight leaving very many people dead.

Among their targets were also western journalists reporting from the square. Greg and his cameraman Olaf Wiig were caught up in the fight. They were beaten nearly to death, temporarily “saved” by the Egyptian army, and delivered into the hands of the secret police, before finally being released and returning home.

Greg Palkot Salary and Net Worth

He receives an average annual salary of $102K. He also has an estimated net worth of $4 million.