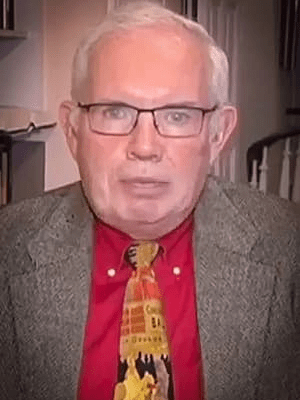 Frank Whelan is an American local historian, educator, and the author of WFMZ.com‘s weekly History’s Headlines feature. Previously, he was a feature writer with the Morning Call newspaper in Allentown where he wrote over 2000 articles. He also served as an on-air historian for PBS 39’s documentary, “Hess’s: Hollywood on Hamilton Street.”

Born in Orange, New Jersey, Whelan grew up in Livingston, New Jersey. However, there is no information about his family background, parents, and siblings.

Frank is openly gay. His grandfather was bisexual. However, he hasn’t disclosed whether he is married, single, or in a relationship.

It is also not clear whether he has kids or not.

Whelan is a local historian, author, and educator. He is the author of WFMZ.com’s weekly History’s Headlines feature.

From 1979, after his graduation to 1981, he was the assistant state archivist for the State of Missouri.

Whelan was a feature writer with the Morning Call newspaper in Allentown from 1981 to 2006 where he wrote over 2000 articles, many on local history. He was also the resident historian and director of community outreach and special projects at the Lehigh County Historical Society from 2006 to 2009.

Whelan has written five Lehigh Valley history books, including “Harry C. Trexler: His Life and Legacy.” He is also the co-author with Kurt D. Zwikl of “Hess’s Department Store.” The book, currently in its fourth printing, is a part of Arcadia Press’s Images of America series.

Frank Whelan Salary and Net Worth