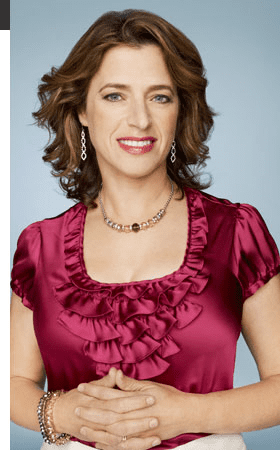 Elizabeth Cohen (Elizabeth Sondra Schwartz) is a media personality working as the senior medical correspondent for CNN’s Health, Medical and Wellness unit. She also reports breaking medical news on CNN and CNN.com. She joined CNN in 1991.

Cohen was born in the United States. She celebrates her birth day on September 19th though her year of birth is unknown.

Her exact height is undisclosed.

Cohen received a bachelor’s degree in history from Columbia College in New York City. She also acquired a master’s degree in public health from Boston University.

She is the the daughter of Sheila Fay Gopen and Charles A. “Chuck” Schwartz. Her parents were both physicians. They were also from a Jewish family.

She is married to Tal Cohen who is an Israel-born entrepreneur.

Cohen together with her husband, Tal Cohen have four daughters.

Cohen is a senior medical correspondent for CNN. She joined CNN in 1991. Her recent investigative pieces include; “Escape from the Mayo Clinic,” a three-part series on a family forced to extract their teenage daughter from the renowned clinic after doctors refused to discharge or transfer her. In 2017, she exposed the Florida Department of Health which had removed 13,000 very sick children off of the State’s Children’s Medical Services and moved them to other Medicaid plans that did not offer their specialized care. The report led lawmakers to ask for an investigation.

She was also the first to report on Bayer paying doctors millions to push Essure, a questionable and possibly unsafe birth control device and the shut-down of a Florida nursing home after surveillance footage showed an 86-year-old resident being beaten.

In addition to her investigative pieces, Cohen has covered several health crises throughout the US. They include; coverage of the acute flaccid myelitis outbreak affecting children in 2018, the record-breaking flu outbreak from 2017-2018, the measles outbreak, the anti-vaccination movement and the deaths of children at the border.

Previously, she was associate producer of Green Watch, an environmental television program on WLVI in Boston. She was also a reporter for States News Service in Washington, D.C. and a reporter for The Times Union newspaper in Albany, New York.

Cohen won a Gracie award from the Alliance of Women in Media for her coverage of the 2014 Ebola outbreak in Liberia.

In 2007, she was honored by the Newswomen’s Club of New York and the New York Association of Black Journalists for the feature African-Americans and Bone Marrow Transplants. The Mental Health America Media Awards honored her in 2007 for Perfection Obsession, a feature focusing on a teen’s battle against obsessive-compulsive disorder. In 2008, Cohen received a Gracie Award from American Women in Radio and Television for Where’s Molly?, a feature on a man’s search for his sister nearly 50 years after she was placed in a residential mental health institution.

In 2005, she reported on the aftermath of the destruction of Hurricane Katrina contributing to CNN’s Peabody and EMMY® Award-winning coverage through stories about airlifts of premature babies from flooded neonatal intensive care units and reports on displaced cancer patients in desperate need of treatment. She contributed to CNN’s EMMY® Award-winning coverage of the Sept. 11, 2001 terrorist attacks, reporting with sensitivity and professionalism on the rescue and recovery at Ground Zero and the search for missing people in lower Manhattan.

She also received a Sigma Delta Chi Award from the Society of Professional Journalists and a National Headliner Award in 2006 for “A Lesson Before Dying,” a feature on the medical decisions made by a Georgia man at the end of his life.

Elizabeth won a Hearst Award during her time as a reporter for the Times Union newspaper in Albany.

She is also the recipient of the outstanding alumna award from Columbia College in New York City and the Distinguished Alumni Award at Boston University.

She is the author of the book, THE EMPOWERED PATIENT: How to get the Right Diagnosis, Buy the Cheapest Drugs, Beat Your Insurance Company, and Get the Best Medical Care Every Time. It was published in August 2010.