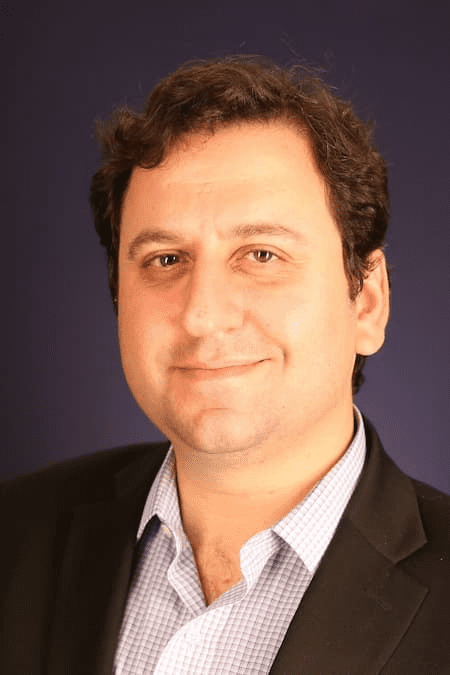 Edward-Isaac Dovere is a media personality serving as a senior reporter for CNN. He is also a bestselling author of Battle for the Soul. Previously, he was a staff writer for The Atlantic leading coverage of the 2020 election.

Dovere is an American by nationality.

He graduated from Johns Hopkins University with a B.A. followed by a Master’s degree in Intellectual History from the University of Chicago.

Edward-Isaac is the son of Maxine Dovere and Michael Dovere. His mother is the city editor of The Algemeiner Journal, a New York-based Jewish, Yiddish, and English weekly newspaper. She is also an advertising and public relations consultant.

Dovere was raised in Manhattan, however, his father Michael passed on several years ago. He hasn’t also revealed any information about his siblings.

Dovere is married to Sarah Margalit Slobodien. The couple exchanged their wedding vows in February 2011 at the Academy of Music in Philadelphia. Rabbi Steven Lindemann officiated.

Sarah is an associate director of fund-raising at Barnard College. She received a joint Bachelor’s degree, in Political Science from Barnard and in Modern Jewish Studies from the Jewish Theological Seminary in New York. Before that, she was a political fund-raiser for Democratic candidates.

She is the daughter of Bonnie R. Slobodien and Michael J. Slobodien of Cherry Hill, N.J. Her father is the director of emergency programs at the nuclear power division of the Entergy Corporation, the utility company. He works in White Plains. While her mother is the director of education and community outreach at Astral Artists, a nonprofit organization in Philadelphia that offers career-development assistance to promising young classical musicians.

There is no information about his children.

Dovere is a senior reporter for CNN, covering Democratic politics and campaigns across the country. He brings two decades of reporting experience, beginning in his native New York and to Washington. After starting and serving as the lead writer for two New York-centric magazines, City Hall and The Capitol, Dovere relocated to Washington to join Politico in 2011. He was Politico’s senior White House reporter covering Barack Obama’s second term and their chief Washington correspondent. Dovere then joined The Atlantic as a staff writer, leading coverage of the 2020 election, first in the Democratic primaries and into the general election.

His reporting has been recognized with numerous awards, including the Society of Professional Journalists Daniel Pearl Award for Investigative Reporting and the New York Press Club for Best Political Reporting. He received the White House Correspondents Association’s prestigious Merriman Smith award for presidential reporting under deadline pressure for his coverage of the historic trip to Cuba in 2016. Previously, Dovere hosted Politico’s Off Message podcast and The Atlantic’s The Ticket podcast.

He is the bestselling author of Battle for the Soul: Inside the Democrats’ campaigns to defeat Trump, which the Washington Post called “a riveting account” about the Democrats’ path back from destruction during the Trump years and concludes with Joe Biden’s first interview conducted as president.

Edward-Isaac Dovere Salary and Net Worth