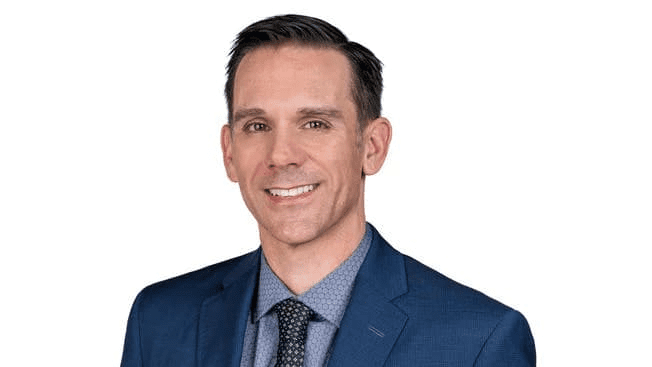 Derek Togerson is a media personality serving as a lead reporter for NBC 7 SportsWrap in San Diego. He is also the co-host of the OnFriar Podcast. He joined NBC San Diego in 2005.

He graduated from California State University, Fullerton, with a Bachelor of Arts degree in Broadcast Journalism and a minor in English in 1997.

Derek is married to his wife, Erin Togerson. Together, they have three children (their dogs) Rosemary Blu Togerson, Harry, and Tobias.

You never know where you might see Derek. Since joining NBC San Diego in 2005, he reports, anchors, shoots, and produces sports. He is also a lead reporter for NBC 7 SportsWrap in San Diego and co-host of the OnFriar Podcast.

After graduating in 1997 from California State University, Fullerton, Derek started his sports career at KESQ radio in Palm Springs, co-hosting a sports talk radio call-in show and producing news at KESQ TV. He moved to Yakima, Washington where he was Sports Director at KAPP. He then moved on to WCAU in Philadelphia and then to KPNX in Phoenix, before coming to San Diego.

Derek also has experience as the host of the Locked on Chargers Podcast (part of the Locked on Podcasting Network) and co-host of Padres Social Hour. He has also been honored with awards for both his print and broadcast performance.

When he’s not busy tracking down the latest sports headline, he enjoys running, fishing, attempting to golf, cooking, and throwing batting practice.