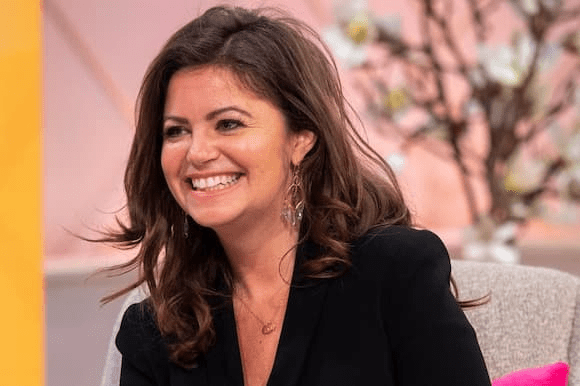 Deborah James is a media personality serving as a presenter of the podcast ‘You, Me & the Big C’ on BBC’s Radio 5 Live. She is also the founder of the blog, ‘bowel babe’, which became the award-winning, a weekly column in the Sun online, Things Cancer Made Me Say.

James is British by nationality.

She graduated from the University of Exeter with a degree in Economics in 2004.

Deborah is the daughter of Heather James and Alistair James. In June 2018 she let her dad write her column for Father’s Day.

“IT’S Father’s Day this weekend, and I decided to treat my wonderful dad,” she said.

“For one week, and one week only, I’m letting him guest write my column,” she added.

“Dear Deborah, I’m not much of a letter writer, but with Father’s Day here I felt it was a chance to tell you a few things that are sometimes tough to say face to face.” Her father wrote as he began the letter.

Her mother has also been helping her cope with her battle with cancer while her family was away on holiday. Posting on Twitter, she wrote: “[Mum] has literally been nursing me back to life for the last month through liver failure and sepsis. #stayingalive.”

Deborah is married to Sebastien Bowen, a banker who works for Pomona Capital. Together they have two children, a 14-year-old son Hugo, and a daughter called Eloise, 12.

She praised her ‘superman’ husband for ‘keeping the family together during a ‘crazy a** scary week’. She also shared a photo of herself with her husband Sebastien at the Queen’s tennis tournament in West London, saying: “I think you all know, by my general lack of being on here (dancing!), that Things have moved (in the wrong direction) very quickly cancer wise.”

James worked in education for 15 years as a deputy headteacher, where she led national research into growth mindsets in schools. At the age of 35, life with her young children and husband was thrown upside down when she was diagnosed with stage 4, incurable bowel cancer. Ten operations and 24 rounds of chemotherapy later, she is still alive, still undergoing treatment and campaigning with national UK cancer charities.

Rather than disappear into a cancer cave she started a blog, ‘bowel babe’, which became the award-winning, a weekly column in the Sun online, Things Cancer Made Me Say. She also presents the chart-topping podcasts ‘You, Me & the Big C’ for BBC’s Radio 5 Live and ‘The Good Stuff’, which she hosts with her children.

Since March 2018, Deborah has been sharing her story of the highs and lows of living with cancer on the You, Me and the Big C podcast alongside fellow hosts Lauren Mahon and Steve Bland.

Deborah was first diagnosed with stage 4 bowel cancer in December 2016. She has since undergone various treatments including experimental drugs.

While undergoing treatment, she has written and spoken out about the need for people to be aware of the symptoms of bowel cancer and why we need to pay more attention to our poo.

In the course of her treatment, she shared positive news with fans regarding her cancer battle after undergoing a round of chemotherapy.

She explained: “MY CHEMO IS WORKING! Words, I wanted to hear, but didn’t allow myself to think might happen.

“I think I’ve been preparing for the worst actually. I have to say waiting for these scan results has been incredibly hard. In my head, I’ve gone to hell and back.

“These are the first scans since my previous drugs stopped working, my liver packed up, and I got sepsis. We started me back on what was my first line “nuclear chemo” and it’s fair to say it’s floored me.”

Deborah added: “Despite the snippets of smiles and glam dresses I choose to share here (because they are the moments in my day that make me smile), behind closed doors this has been the hardest 3 months since my diagnosis physically (and mentally).”

In January 2020, doctors declared Deborah cancer-free but later found the disease had returned and she would require surgery. Last November, she had an operation on her 17th tumor.

In May 2022, Deborah revealed through Instagram that nobody knows how long she has left to live. She said her liver had stopped working over the past six months and doctors had advised that more treatment was “fruitless” because her “body does not want to play ball”.

“I can’t even walk anymore, that’s what’s really scary about it, I’ve gone from someone who used to run 5km [3miles] a day to someone who needs her husband to pick her up to walk a step.”

On October 20, 2021, Deborah was rushed to hospital by her husband, after suffering a “septic infection” amid her battle with stage 4 bowel cancer. She was taken to A&E.

She updated her fans on social media saying, “Apologies for being quiet on here but it turns out I’m pretty ill at the moment. All your messages have brought a smile to my face at a really tough time. I’m using all my energy to recover and today is the first day I’ve felt able to give you an update. Despite so desperately wanting a break from these hideous cancer treatment side effects, it seemed my body had other ideas.”

“On Wednesday I was admitted with what we now know was another septic infection. I was so ill my incredible husband had to blue light me quickly to A&E,” she added.

“This time all my bowel issues have come to a head and I’m currently dealing with a condition called infectious colitis. Essentially I have a bacterial gut infection that is causing colitis – (bowel inflammation) and is also in my bloodstream.”

The following are bowel cancer symptoms:

Despite her unwavering bravery, Deborah in May 2022 said she was struggling to come to terms with the prospect of death and had decided to spend her final days with her loved ones at her parents’ home in Woking.

She revealed her plans in the final episode of her BBC podcast, You, Me and the Big C, and said her mum and dad’s bungalow was more practical for her as she confessed she couldn’t walk and needed her husband to carry her.

“As much as I love London I can’t even get up the steps to pee, it’s not practical and my parents live in a bungalow. And I can see greenery and my whole family can come here,” Deborah explained.

“It’s kind of where I’ve always wanted to die, weirdly. I’ve always had that in mind. I think I always knew I didn’t want to be at my London home. It doesn’t feel right to me,” she said.

“There’s nothing I can describe that feels relaxing in that capacity. Don’t get me wrong, it’s a lovely place but I also think it’s not right for me but it means the kids can go back there and they don’t have those medical equipment scars faced everywhere,” she sadly shared.

Deborah James Salary and Net Worth