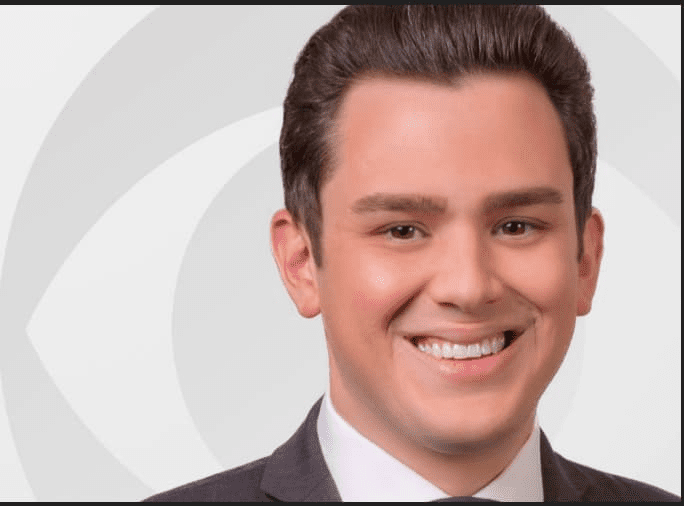 David Spunt is a media personality serving as a correspondent for Fox News Channel based in Washington D.C. He joined the network in December 2018. Previously, he was a lead reporter of the 11 p.m. newscast for the CBS 3 News team in Philadelphia.

His exact age is unknown. However, David celebrates his birthday on August 27 every year.

Spunt is an American citizen.

After completing his high school education, David joined Miami University in 2003. In 2007, he graduated with a Bachelor of Arts degrees in Political Science and Journalism.

Born in Boston, Massachusetts, United States, David has not revealed any information about his parents. It is also not known whether he has siblings or not.

David is married to Andrea Cameron. His wife, Andrea is the daughter of Paul Cameron, an anchor at WBTV in Charlotte, North Carolina. She was born in 1985 and she is around 36 years old.

Spunt is a Washington D.C. based correspondent for FOX News Channel (FNC). He joined the network in December 2018.

Prior to joining Fox News Channel, Spunt served as a lead reporter of the 11 p.m. newscast for the CBS 3 News team in Philadelphia from 2014-2018. While there, he covered local and state issues in Pennsylvania, New Jersey and Delaware. In 2016, he reported live from the floor during the Democratic National Convention in Philadelphia.

Previously, he spent two years at WBTV-TV (CBS) in Charlotte, North Carolina, where he was also the lead reporter for the 11 p.m. newscast. In this role, he reported live from the floor during the 2012 Democratic National Convention in Charlotte.

Earlier in his career, Spunt was a reporter for WAFB-TV (CBS) in Baton Rouge, Louisiana, where he provided seven weeks of live coverage from the Louisiana coast, covering the Gulf of Mexico oil disaster. In addition, he spent two years as a reporter at WRBL-TV (CBS) in Columbus, Georgia.

Spunt has an estimated net worth of $1 million.