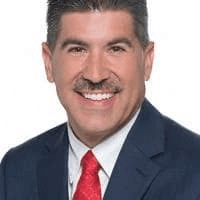 Dave Lesko is a media personality serving as a sports photographer at WFMZ-TV. He began reporting for the 69 Sports team in September 2000 and anchored his first sports segment in October 2002. Additionally, he spent his entire professional career with the 69 Sports Team.

He has not disclosed information on when and where he was born. Therefore, his age is unknown.

Lesko is tall in stature but his height is undisclosed.

Despite being a media personality, he has managed to keep his personal life away from the limelight. Therefore, he has not disclosed information concerning his parents’ and siblings’ identities.

There is no information on whether he is married, dating, or single.

Due to his secretive nature on matters concerning his personal life, he has not disclosed information on whether he has kids or not.

Dave joined WFMZ as a sports photographer after his graduation. Aside from a brief stint at Philadelphia’s Comcast Sportsnet in 1997-98, Dave has spent his entire professional career with the 69 Sports Team.

He began reporting for the 69 Sports team in September 2000 and anchored his first sports segment in October 2002. While his on-air duties have grown, Dave has maintained his role as WFMZ’s chief sports photographer.

His colorful game reports have become a staple of WFMZ’s high school football coverage. Whether a 65-0 blowout or a 6-2 snoozer (both of which he’s witnessed), he always figures out a way to entertain the audience with a witty recap that adds spice to The Big Ticket.

In recognition of his high school sports coverage, Dave was honored by the Colonial League as its “2003 Media Member of the Year.”