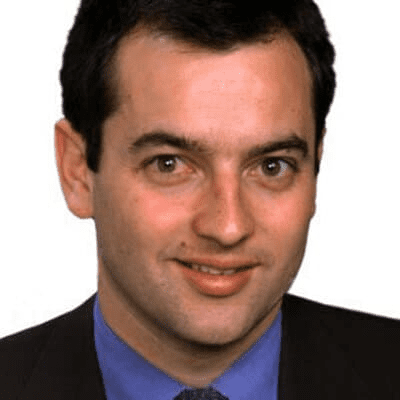 Damian Grammaticas is a British media personality serving as a BBC Correspondent. Previously, he was a Foreign Correspondent in China, India, Moscow, Hong Kong, and Brussels.

Grammaticas is British by nationality.

Damian studied at The Banda School, located along Magadi Road in Kenya’s capital, Nairobi. He also graduated from Corpus Christi College, Cambridge, in 1992 with a degree in English literature. Additionally, he obtained a Diploma in Broadcast Journalism from Cardiff University in 1994.

Grammaticas, of Greek descent, was born and raised in Nairobi. However, there is no information about his parents. It is also not known whether he has siblings or not.

Despite being a media personality Damian has managed to keep his personal life away from the limelight. Therefore, it is unknown whether he is married, single, or in a relationship.

Damian is a BBC correspondent in London. He returned to London after working as a foreign correspondent for twenty years. He joined the BBC’s team of Political Correspondents in Westminster in 2021.

Damian began his journalism career at BBC in 1994 as a trainee reporter for BBC Television News. Between 1995 and 1997 his work included reporting for the regional TV news programme Look East and for BBC Radio.

From 1998, Damian was a London-based reporter covering British, European, and international news for BBC World Television, BBC News 24, and BBC Television News. In 2000, he became the BBC’s Hong Kong correspondent. Subsequently, he was appointed the BBC’s Moscow correspondent in June 2003.

Damian Grammaticas Salary and Net Worth