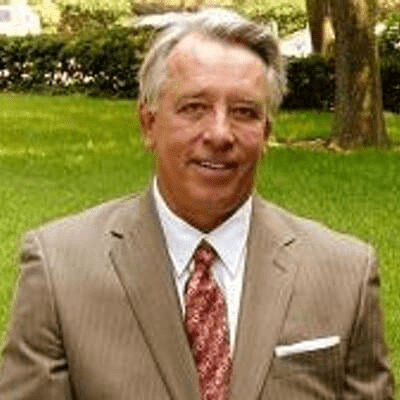 Dale Carson is a media personality serving as Action News Jax’s Law and Safety Expert. He is also a Criminal Defense Attorney, Former FBI Agent, Former Police Officer, Author of “Arrest-Proof Yourself,” and the Owner of Dale Carson Law.

Carson graduated from The Bolles School. He then joined St. Andrews Presbyterian College in 1969 and graduated in 1974. In addition, he earned his Juris Doctor degree from Florida Coastal School of Law in 2001.

Dale comes from a rich tradition of service to Jacksonville. His father, Dale Carson, was sheriff for 28 years. His mother, Dr. Doris Carson, is a leader in women’s rights.

Carson is married to his wife Jackie and they are proud parents of five children, and two dogs. He enjoys boating, traveling, reading, and hunting. The family attends St. Johns Presbyterian Church.

Dale is Action News Jax’s Law and Safety Expert. He is also the owner of Dale Carson Law. Dale Carson Law opened in 2001 and is a criminal and civil trial law firm representing clients in Jacksonville and throughout the North Florida region.

With nearly four decades of FBI, Police, SWAT, private investigation, teaching, and defense attorney experience, Dale is a rare lawyer, and one of the most qualified to handle a wide range of Criminal and Civil law cases.

In the FBI, Dale served as an instructor in interrogation and sex crimes at the famed FBI academy in Quantico, Va. He also served as a member of the FBI Special Weapons and Tactics (SWAT) Team.

Dale’s background in law enforcement gives him detailed knowledge with which to challenge police procedures, arrests, and evidence. His expert knowledge of firearms is indispensable in challenging witness testimony, ballistics, and forensic evidence in severe cases involving weapons.

He is also the author of “Arrest-Proof Yourself,” the indispensable guide to avoiding unnecessary arrests and interactions with police. The book is required reading for criminal defendants, probationers, parolees, and people at risk of arrest.

Dale is admitted to practice before every state court in Florida, as well as the Federal District Court, Middle District of Florida.