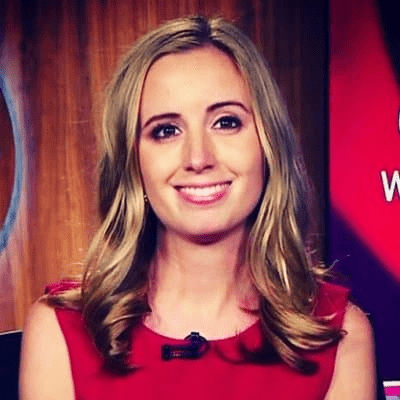 Her age is undisclosed.

She is tall in stature. However, her height is unknown.

Weaver is American by nationality.

From 1991 to 2004, Courtney attended The Chapin School. She also graduated from Stanford University with a Bachelor of Arts in Russian Language and Literature in 2008.

There is no information about her parents. She hasn’t also shared with the public whether she has siblings or not.

Despite being a media personality Courtney has managed to keep her personal life away from the limelight. Therefore, it is unknown whether she is married, single, or in a relationship. She hasn’t also revealed whether she has kids or not.

Weaver is the Financial Times’ US Political Correspondent in Washington covering the White House, Washington, and Congress. Previously, she covered Donald Trump, Congress, and US domestic affairs. She also covered the 2016 US presidential election.

Weaver has worked for the Financial Times since 2009. First, as the UK Companies Reporter; European Equities Reporter based in the UK covering tech companies and telecoms, and also Russian companies listed in the UK. In April 2011, Weaver became Deputy Moscow Bureau Chief; Moscow Correspondent. She covered the Kremlin, the war in east Ukraine, and Russia’s oligarchs, as well as finance and general news. She was also a Finalist for Foreign Reporter of the Year (2014) and Young Reporter of the Year (2012) at the British Press Awards.

Subsequently, in November 2015 she was appointed US Political Correspondent.

Prior to joining the Financial Times, Weaver was a business reporter for the Moscow Times. She covered the 2008-2009 financial crisis for Moscow’s leading English-language newspaper. She also writes a fortnightly column for the Comment section on American life and politics.

Courtney Weaver Salary and Net Worth