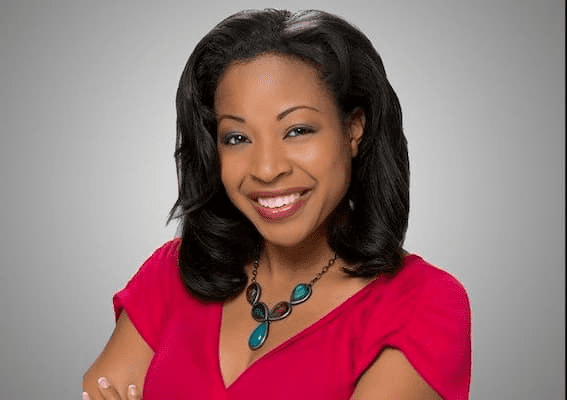 Christina Coleman is a media personality serving as a correspondent for FOX News Channel (FNC) based in Los Angeles. She joined the network in April 2019. Previously, she was an anchor and lead night beat reporter for NBC affiliate (KSDK-TV) in St. Louis, Missouri, specializing in local reporting.

She stands at 5 feet and 9 inches tall.

Coleman is an American national.

She graduated from Texas A&M University in 2006 with a Bachelor’s degree in speech communication.

When it comes to her family, she has been very private. She has not disclosed her parents to the public. It is also unknown whether she has siblings or not.

Coleman is married to Eric Messersmith. The couple got married on April 12, 2018. Messersmith is a native of Altoona, Pennsylvania and he works as a radio host. He has been working in the radio business on at least a part-time basis for more than a decade at stations in Pennsylvania, Texas and Missouri. He has also hosted shows in San Antonio and St. Louis and he has a podcast known as “Take No Offense Podcast”.

Together with her husband, Eric, the couple have a son, Max. Their son, Max has autism. He was diagnosed when he was 2 years old.

Christina is a Los Angeles-based correspondent for FOX News Channel (FNC). She joined the network in April 2019. Prior to joining the network, she served as an anchor and lead night beat reporter for NBC affiliate (KSDK-TV) in St. Louis, Missouri, specializing in local reporting. While in this role, she actively covered events in Ferguson, Missouri following the death of Michael Brown. Notably, she was one of the first journalists on the scene of the riots days after the unarmed teenager was shot and killed. Additionally, Coleman traveled to Geneva, Switzerland to cover Brown’s parents as they testified before the United Nations Committee Against Torture.

Previously, Coleman worked as a local correspondent at both KABB-TV (FOX) and WOAI-TV (NBC) in her hometown of San Antonio, Texas. During that time, she played an active role as a member of the National Association of Black Journalists (NABJ), serving as Vice President of the San Antonio Chapter. Before this, she served as a reporter at KCEN-TV (NBC) in Central Texas where she was on location at Fort Hood to report on one of the deadliest mass shootings at a military base in the United States.

She began her career as a reporter at KIMO-TV (ABC) in Anchorage, Alaska where she contributed to the station’s evening newscast. During her time in Alaska, she frequently interviewed then-Governor and former vice presidential candidate Sarah Palin.