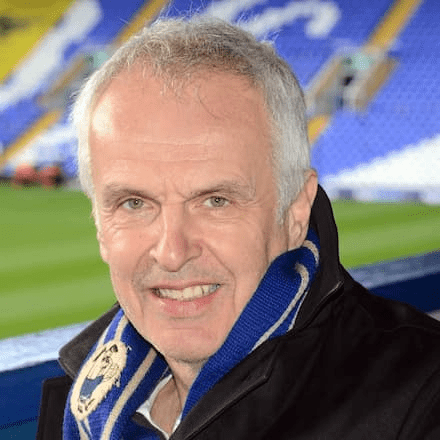 Chris Skudder is a media personality serving as a broadcaster for ITV News. He is also a segment reporter at Olympic Broadcasting Service. Additionally, he is a Television reporter for Rock ‘n’ Goal Podcast and a freelance book author.

Skudder is British by nationality.

Chris attended Kings Norton Boys’​ Grammar School in Birmingham. He was also educated at Pembroke School in Pembrokeshire after his family moved to Wales in 1973.

In 1982, he graduated with a BA in French and Drama from Goldsmiths, University of London. He also studied at the IBA National Broadcasting School in London.

Born in Warwickshire, Chris’ family moved to Wales in 1973. However, there is no information about his parents and siblings.

Skudder married Belinda Jacqueline Grant in 1998. They live in Ascot, Berkshire, and have two children, Henry and Genevieve Skudder.

Belinda is a news picture editor for BSKYB based in Osterley since 1994. She was also a lecturer at Farnborough College Of Technology from September 1999 to June 2000. At Farnborough, she lectured degree and HND students undertaking Media Studies. Before that, she worked in different countries of Africa including Zimbabwe editing news and documentaries with her own portable equipment from August 1989 till June 1994.

Skudder is a broadcaster for ITV News since December 2018. He is also a segment reporter at Olympic Broadcasting Service, Television reporter for Rock ‘n’ Goal Podcast and a freelance book author. His book, Underdogs and Newshound will be out via Projectis Publishing in 2022.

He began his career as a local radio disc jockey on Hospital Radio Withybush and sports presenter in South Wales in the mid-1980s, moving on to become Sports Editor of Ocean Sound, covering Southampton and Portsmouth in Hampshire, then Capital Radio and IRN in London.

Skudder is a lifelong supporter of Birmingham City Football Club.

Chris Skudder Salary and Net Worth

His salary is under review. He also has an estimated net worth of $1 million.