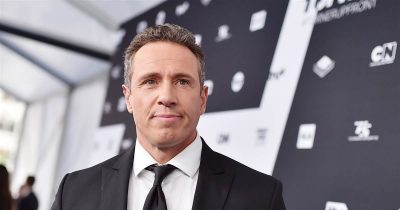 Cuomo is 6 feet and 2 inches tall and weighs approximately 90kg. He also has brown hair and grey eyes.

He is an American citizen by birth and has an Italian descent. He was born and raised in New York.

Chris is the son of Mario Cuomo (father) and Matilda Cuomo (mother). He was born and raised in New York by his parents who are both of Italian descent. His father was the 52nd Governor of New York and he served for three terms, from 1983 to 1994. On January 1, 2015, he died of heart failure at his home in Manhattan, New York. His mother on the other hand was inducted into the National Women’s Hall of Fame in 2017.

Cuomo has four siblings; Margaret, Andrew, Maria and Madeline. Margaret is an author, certified radiologist and a national advocate for the prevention of cancer, heart disease and diabetes. She is the author of A World Without Cancer: The Making of a New World and the Real Promise of Prevention (2013). In 2011, she was awarded the Commendation of the Order of the Star by the president and prime minister of Italy.

Maria is the Chair of the Board of HELP USA, a charitable foundation that is also associated with the organization her mother founded, Mentoring USA. She is married to Kenneth Cole, the New York fashion designer.

Cuomo went to Immaculate Conception School in Jamaica. Upon completion, he attended a private university known as The Albany Academy in New York. He later joined Yale where he graduated with a degree. Additionally, he joined Fordham where he earned himself a Juris Doctor in the year 1995. Chris later on raised beyond doubts to become a licensed attorney in the USA.

He is a happily married man. He married his longtime girlfriend, Cristina Greeven in 2001 in a church wedding in Southampton. His wife is the editor of Gotham Magazine. They currently live in Manhattan with their three adorable children Bella Cuomo, Carolina Regina Cuomo and Mario Cuomo.

While working for ABC he did a lot of coverage on disturbing issues including:

From 2006 to 2009 he became the news anchor for Good Morning America. He was the major reporter for breaking news in the US and other parts of the world and was involved in a lot of assignments including:

While working for ABC he hosted two shows The Real Deal and Focus on Faith. He began working at CNN as a co-host of New Day. In 2018 he was given his own show Cuomo Prime Time. At around the year 2018 September, he was appointed to work as the radio host for Let’s Get After It on the P.O.T.U.S. channel.

His impeccable work has definitely not gone unnoticed due to the numerous nominations and awards he has received all through his journalism career. Some of those awards include:

1.He has received numerous Emmy nominations and even won a News Emmy Award. He has gone as far as even becoming the youngest person to ever receive these awards.

2.He has been awarded the Polk and Peabody Award.

3.He received the Edward R. Murrow Award for breaking news coverage he did.

5.He also got the American Bar Association Silver Gavel Award for his report on juvenile justice.

Cuomo shared his love for the gym on his social media accounts especially Instagram. He has even hired a personal trainer to help him with his personal workout and follows a strict diet in order to maintain his physique.

Chris Cuomo Salary and Net worth

He earns an approximate salary of $6 million annually and has an estimated net worth of $12 million. He acquired his wealth through his journalism career and it is estimated that he would have earned more if he was an attorney since he has been licensed.