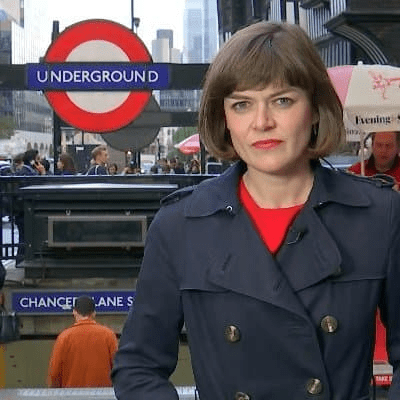 Keedy is British by nationality.

Despite being a media personality, Chloe has managed to keep her personal life away from the limelight. Therefore, it is not known whether she is married, single, or in a relationship. She hasn’t also revealed whether she has children or not.

Chloe is a Reporter for ITV News in London, United Kingdom since July 2018. She is also a General Reporter for ITV News London. Previously, she held the position of Shared Content Reporter at ITV News from August 2017 – June 2018. While there, she played the role of sourcing, planning, self-shooting and editing stories for multiple regions at one time.

In January 2016 – August 2017, Chloe was a General Reporter for ITV News Anglia. She covered Cambs, Beds, Herts and Northants. She also delivered exclusive top stories from her own original investigations, including one into MPs security and another on hate crime in the region. Chloe reported on high profile, long running court cases including the Helen Bailey murder trial. She also played a key role in covering some of the biggest stories including the Manchester bombing, the Grenfell Tower fire and the terror attack at Parsons Green.

Chloe was deployed to ITV Granada after the Manchester bombings and ITV London after the Grenfell Tower fire. She began her journalism career as an Assistant News Editor at ITV News in 2011. In 2013, she became an Assistant Planning Editor for ITV News London.

Chloe Keedy Salary and Net Worth