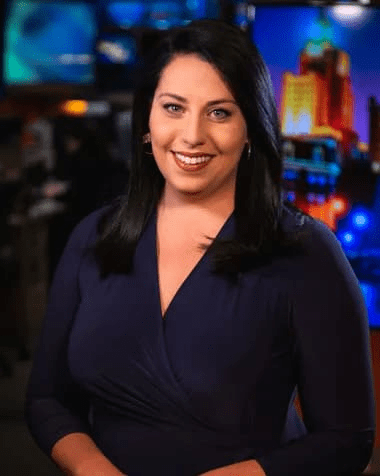 Chelsea graduated from The Prout School in Wakefield. She also earned her Bachelor of Science degree in Meteorology from Plymouth State University in Plymouth, New Hampshire. In addition, she is a Certified Broadcast Meteorologist (CBM) awarded after an extensive process through the American Meteorological Society.

Priest is a Rhode Island native. She was raised in Warwick. However, there is no information about her family background, parents’ identities, and siblings.

Chelsea is married to her husband Jonathan. The couple tied the knot on May 14, 2022, in Charleston, South Carolina.

Prior to their wedding, Chelsea got engaged on March 22, 2021 while on a weekend away in Block Island.

Priest is a Morning Meteorologist at ABC 6 in Providence, Rhode Island.

Following graduation from Plymouth State University, Priest moved to Southeast Ohio in October 2010 to pursue her passion for weather. She worked as the morning meteorologist at WHIZ in Zanesville. After spending a year in Ohio, she was thrilled to move back to the Ocean State in August 2011 and work at ABC6 as the weekend meteorologist and weekday reporter. Since she joined the Stormtracker Weather team in 2011, she’s covered many big weather events like Tropical Storm Irene, Sandy, and the blizzard of February 2013.

When not forecasting the exciting and ever-changing weather of Southern New England, Priest can be found enjoying everything else the area has to offer. Her favorite pastimes include sailing, dancing, skiing, traveling, and spending as much time as she can at the beaches. Working in Rhode Island means so much to Priest as she can also spend time with her tight-knit family and close group of friends.

She is a member of The American Meteorological Society and can be found sharing her passion for weather with local students while visiting schools across the area.