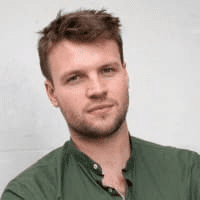 Charlie Haynes is a British media personality serving as a Reporter for BBC News. He is also the Producer of HARDtalk. The programme goes out on BBC World TV, The World Service, and the BBC website.

Haynes is around 25 – 35 years old. However, his birthday is unknown.

From 2011 – 2014, Haynes studied Bachelor of Science (BSc) in Biological Sciences (Physiology & Pharmacology) at the University of Leicester. He also received a Master’s Degree in Science and Technology Studies with Pharmacogenetics from UCL in 2015.

Despite being a media personality Charlie has managed to keep his personal life away from the limelight. Therefore, he hasn’t disclosed whether he is married, single, or in a relationship.

Haynes is a reporter at BBC News. At the onset of the pandemic, he began using his science background to carry out health investigations, looking at PPE, testing, and the consequences of lockdown. His agenda-setting stories have had more than 4 million online views, appeared on Breakfast, the Today Programme & Newsnight, and are regularly picked up by competitors.

Haynes also found out that the coronavirus antibodies tests’ regulations could put the public at risk. He did some digging around to find out more with BBC Newsnight. Haynes explains:

‘I started looking at this after a source who works in healthcare told me they were worried that tests they were administering were giving a false sense of security to patients. I spoke to the Newsnight team – where Deborah Cohen, the health correspondent, had already been looking at the issue. She suggested I speak to Jon Deeks, professor of biostatistics at the University of Birmingham, and from there we began investigating the regulation and industry behind it. We had help from producer Matt Quinton in putting together the fantastic package.’

Haynes is also the producer of HARDtalk. At HARDtalk he produces in-depth interviews with hard-hitting questions to the world’s most prominent personalities. The half-hour-long interviews vary in format – from deep dives into thoughtful topics, to sensitive personal stories, to holding controversial figures to account. The programme goes out on BBC World TV, The World Service, and the BBC website to an audience of 80 million.

He joined BBC in August 2018 as a producer of Victoria Derbyshire Programme where he focused on powerful human interest and social affairs stories. Prior to that, he worked as a reporter for the Mail on Sunday.