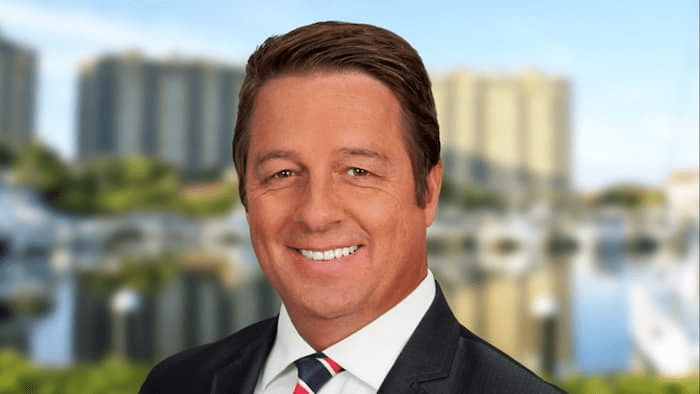 Deskins is of American nationality.

Deskins was born in Indian Head, MD, but he has lived in southern California, Wilmington, NC, and New Bern, NC. He hasn’t also disclosed his parents’ information to the public.

Bobby is married to Debbie. The couple is blessed with three children, their first daughter Ava born on August 25, 2010, and their twin sons, Mason and Cameron.

Advertisement
on The Morning Show.

Prior to joining WTSP-TV, Deskins was a Morning Meteorologist at WCTI TV12 in New Bern, NC. He also interned at WWAY TV3 in Wilmington, NC. Deskins has forecasted all types of weather over his career, spanning from snowstorms, severe weather, and of course hurricanes.

Deskins has earned the CBM certification from the American Meteorological Society (AMS) and he’s a Member at Large for the West Central Florida chapter of the AMS. He also received an AP award for Best Weathercast and won a national award for Best Video from Weather Central. In addition, he is a member of the National Weather Association and visits many area schools each year.

He loves to surf, snowboard, scuba dive, spearfish and just to be in the water. He also loves the weather, the people, and the endless things to do in the Tampa Bay area. Summertime storms are his favorite as he enjoys watching the storms build each day. Deskins is a big Lightning and Rays fan and gets to as many Bucs games as possible.