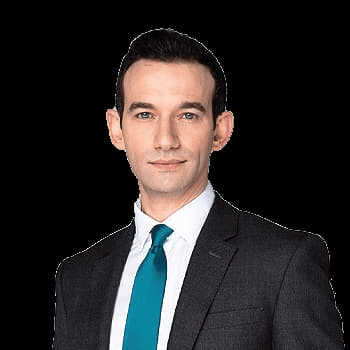 Ben Boulos is a British news personality serving as a regular presenter on BBC World News, BBC One, and the BBC News channel. He has also appeared on BBC Breakfast. Previously, he hosted “Around The World” on Quibi.

He is a British citizen.

Boulos graduated from Cambridge University with a Master of Arts in Law in 2005.

Born in Countesthorpe, United Kingdom, Ben is from a mixed-heritage family. His father Tim is English while his mother Theresa is of Sudanese-Egyptian descent.

Growing up he was brought up in the Coptic Orthodox faith.

There is no information on whether he is married, single or in a relationship. He has also not revealed whether he has children or not.

Boulos is a presenter and correspondent, working in both TV and radio for the BBC and commercial broadcasters.  He can be seen regularly presenting programmes on BBC World News, BBC News Channel, BBC One, and World Service Radio at the main newsroom in London.​

Previously, Ben launched and hosted “Around The World”, the BBC’s daily made-for-mobile global news show on Quibi. The innovative format and style combining authority and gravitas with a fresh, personable, and pacey delivery were popular with audiences, especially in the United States.​

When not in the studio, Ben enjoys getting out and covering stories on the ground as a correspondent. He frequently appears live on BBC Breakfast TV at all sorts of locations covering all genres of news stories. Previous experience includes reporting for the One O’clock News, News Channel, World Service, Radio 2, Radio 4, 5 Live, BBC Look East, BBC London, Sunday Politics East, and various local radio stations. As a field reporter/correspondent he has covered national breaking news stories in the North West, Midlands, Wales, London & East Anglia.

Previously at BBC Look East, Ben reported daily for TV news programmes, often filming and editing his own reports. As a political reporter at BBC Essex and for the Sunday Politics programme, Ben specialized in covering politics on radio, TV, and online: he carried out investigations, broke exclusive stories, and held public bodies and politicians to account.​

Other previous jobs include reporting and presenting at Channel M Television (Manchester Evening News Group), freelance roles in BBC and commercial radio, and an internship in US Congress in Washington DC.

In February 2021, Ben Bland announced that he will change his name to Ben Boulos, his mother’s surname. His decision was prompted by constant confusion between him and a former Financial Times journalist in Australia called Benjamin Bland. He also added that he often receives messages intended for his namesake.

“In recent months, I have received quite a few messages on social media – some pleasant, some hostile – intended for another journalist with exactly the same name as mine: Ben Bland. It is an easy mistake to make. We do not look too dissimilar, we both cover global news, we are of a similar age, and both studied at Cambridge University at the same time. We are entirely unrelated but it is a recipe for confusion.”

“That prompted me to think about my name and whether I should change it – for clarity and to avoid confusion.”

Additionally, there was more to his decision than confusion with another journalist.

“Changing my name is something I have thought about before, on-and-off, for another reason: my name hides aspects of my identity that are important to me but not immediately obvious to others.”

“My mother’s side of the family is Sudanese-Egyptian and I grew up speaking fluent Arabic alongside English, even though I was born in the UK. I still speak and understand Arabic conversationally, although I have never learned to read and write the language (it remains an ambition to be tackled sometime).”

“In the 1920s, his paternal grandmother (my great-grandmother) decided – and convinced my great-grandfather – that with violent anti-Semitism on the rise across Europe, it would be wise for them to change the family name of “Blumenthal” with its overtly Jewish-Germanic links. They decided on the blandest name possible – literally – to ensure their survival. It was a name chosen for that reason at that time and it served its purpose well.”

He added: “Every name tells a story – and I want mine to give a more complete picture of who I am.”

Ben Boulos Salary and Net Worth