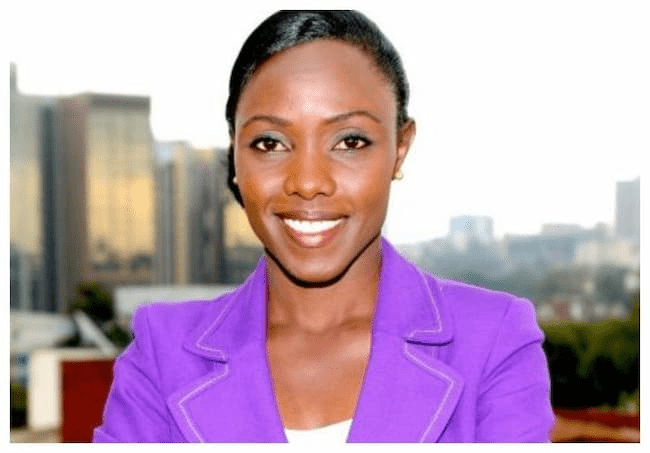 Anne Soy is an award winning journalist serving as the BBC Senior Africa correspondent and Deputy Editor based in Nairobi since October 2017. Previously, she was the BBC Africa Health correspondent.

Her exact age is unknown.

She is tall in stature although her height is undisclosed.

Soy is a Kenyan citizen.

Soy was brought up by her mother who was working for the government. She also mentioned that her parents lived separately.

“Though our parents lived separately, we found a balance spending time with both of them. They raised us in Christianity; imparting us with character. I guess that’s what molded us to who we’re today.”

The journalist was also raised alongside her five siblings.

Anne is married to Newton Ndebu, who also work at BBC. They met while they were both working at KTN.

“We were friends and discovered we had the same ideals. Our relationship was natural; it flowed on its own,” she said.

The couple have two daughters, Neema and Tunu.

Soy is the BBC Senior Africa correspondent and Deputy Editor based in Nairobi since October 2017.

Prior to her position as the Africa Health correspondent, Soy was the BBC Bi-lingual reporter in Africa. She reports across the continent for BBC global and UK domestic TV and radio programmes as well as digital platforms.

In October 2019, Soy and her family were arrested under unclear circumstances at the Kenyatta International Conference Centre (KICC).

“Still trying to understand why I’m under arrest with my kids,” she said on Twitter.

Soy, her husband, Newton Ndebu, who also works at the BBC and her kids were arrested. She said she had attended the Kenya Homes Expo with her family and asked why security officers were checking bags as they were leaving. She was reportedly told that attendees were checked to see if ‘they had stolen laptops’.

According to her, security guards at KICC took her into custody even after she told them that she had paid to get in and hadn’t stolen anything.

Two hours later Anne and her family was released.

Currently under arrest at the KICC POLICE STATION with my kids. Had attended the Homes Expo and asked why security officers were checking bags as we exited. Was told they check if we’ve stolen laptops.

Anne Soy Salary and Net Worth