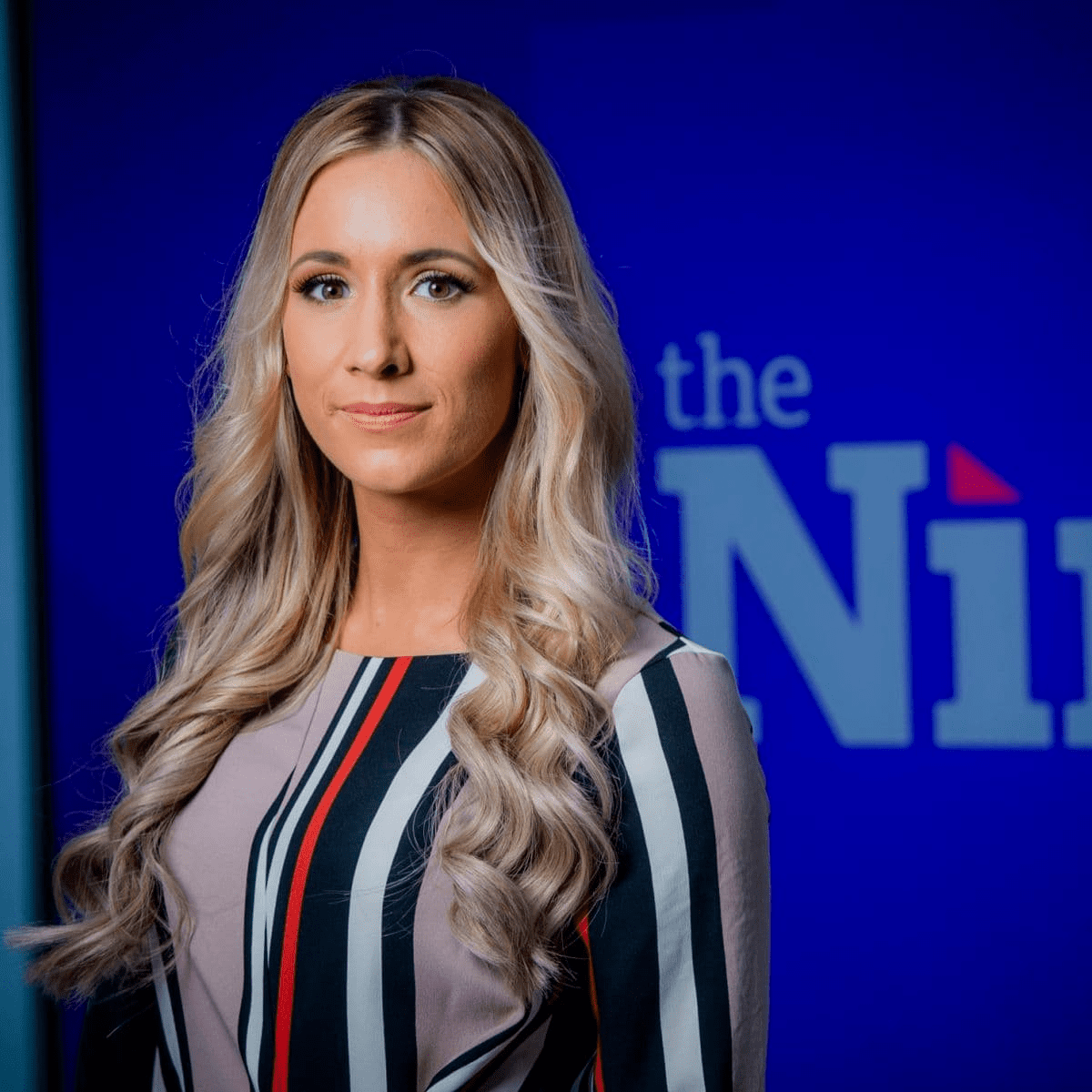 Amy Irons is a media personality serving as a Presenter of the hugely popular football podcast “Sacked in the Morning” as well as the long-running BBC outdoor programme; The Adventure Show. She also presents on BBC Scotland’s flagship news programme The Nine, and fronts the entertainment news programme; The Edit.

She is Scottish by nationality.

She attended St Joseph’s College, Dumfries between 2003 and 2009 and later graduated from Glasgow Caledonian University in 2013 with a First Class Honour’s Degree in Multimedia Journalism and was awarded a Scottish Student award.

In an interview, she said: “If I’m being completely honest I wanted to be an actress first and foremost.

“I did drama all the way up to advanced higher in Dumfries. But dad said ‘before you get into acting, think about what your backup plan would be’.

“I ended up being in a play where I was playing a TV presenter and I realized it was quite like a performance in a way. So I studied journalism which took me down the route I am now.”

Amy is the daughter of Davie Irons, a Scottish former football player, and coach, and Fiona Irons, a sports educator.

His father’s playing career spanned 26 years as a central defender or midfielder for a host of clubs, most notably for Ayr United, Clydebank, Dunfermline Athletic, and Partick Thistle. Previously, he has also been manager of Annan Athletic, Gretna, Greenock Morton, Stenhousemuir, and Gretna 2008, and assistant manager at Carlisle United.

Amy was raised alongside her brothers Lewis and Luke.

During an interview, Amy revealed how her young brother Lewis has followed her into broadcasting – after they used to practice interviewing their footballer dad as kids.

“When I was just seven or eight I would set up a mini studio with Lewis using the family video recorder in the utility room with a table.

“We’d introduce the news and sport then interview dad in the living room after he’s just come in from another defeat.”

On her Instagram page, Amy also celebrated her sister’s birthday. She wrote, “Happy birthday sis I’m so grateful I get to call you my best friend. You make the good times great and the bad times so much better. You know me better than I know myself and are just the most beautiful soul. Love you always.”

Wayne had been drinking and using cocaine hours before he took his own life. He knew Amy was anti-drug so he tried to hide his problem from her.

Amy also revealed there had been occasions when he tried to hurt himself after taking the drug with alcohol.

On that fatal day, Wayne called NHS24 and left the door of their Glasgow flat open for paramedics to discover him but he died four days later in Glasgow’s Queen Elizabeth University Hospital. He passed away in Amy’s arms surrounded by her family and Wayne’s dad Graeme and sister Tammy.

Amy has got a tattoo in memory of him.

Two weeks after the incident, Amy spoke to the Daily Record revealing how she drove to a bridge and nearly jumped off because of the pain of losing her partner, who she described as her ‘soulmate’. The only thing that stopped her was fear of her family going through the same pain she had been through, she admitted.

Having served as a Sports and Entertainment presenter for BBC in Scotland, the journalist brings with her a wide range of expertise and experience in both news and entertainment to her current position.

The engaging TV and radio presenter served the Capital FM breakfast show, which boasts over 300,000 listeners a week as a co-presenter between Feb 2017 and Jan 2019 in Glasgow city.

Amy is a regular contributor to STV’s entertainment output having previously fronted STV news coverage as both a news and sports reporter and presenter, a responsibility she held for three years, back in Apr 2014 to Feb 2017. During her tenure, the creative self-shooting Video Journalist was responsible for filming, editing, and presenting features and news stories on a daily basis.

The confident and experienced self-shooting video journalist worked as a Multimedia reporter for West Fm and West Sound Radio with Bauer Media between Aug 2013 – Apr 2014 in Ayr, Dumfries. She was nominated for a Bauer award for a special report on the 25th anniversary of the Lockerbie bombings.

In Oct 2012 and  Feb 2013 at Glasgow Caledonian University, the accomplished live event host presented an award-winning documentary about legal highs; an informative documentary looking at the dangers of new psychoactive substances known as ‘legal highs.’

She became a winner of a 2013 Scottish Student Journalism Award for investigative journalism (the Callum MacDonald Memorial Award) and also gained particular recognition for reports from Gibraltar during Brexit and from the refugee camps in Calais.

Amy Irons Salary And Net Worth