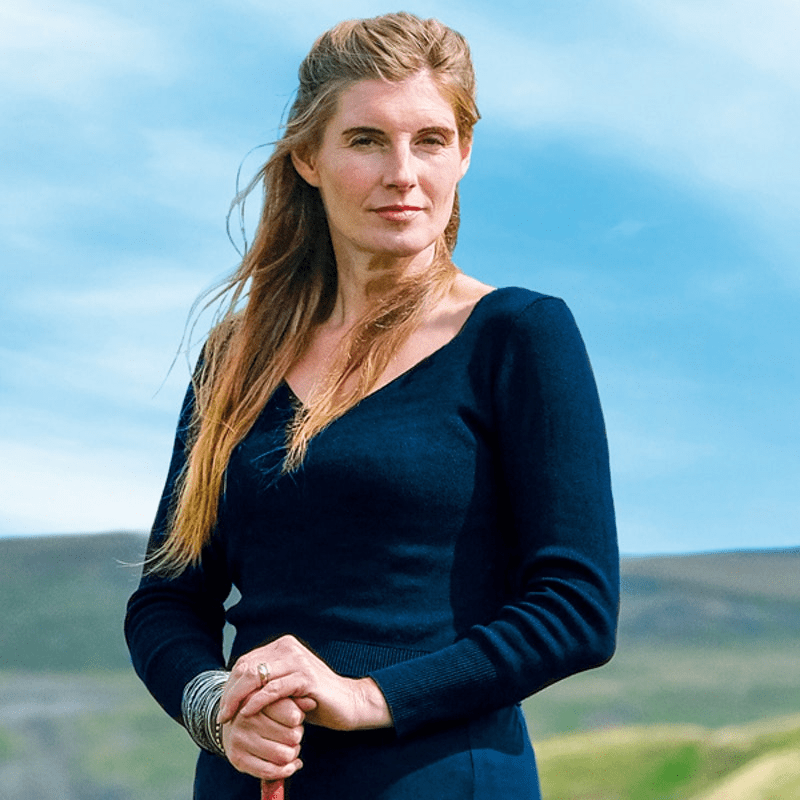 Amanda Owen is a media personality, shepherdess, and writer. She features in the series Our Yorkshire Farm on Channel 5 every Tuesday at 9 pm which follows the Owen family and their lives at Ravenseat Farm in the Dales.

She is 47 years old. She was born in 1975 in Huddersfield, United Kingdom.

She was born and raised in Huddersfield by her parents. Her mother was a model while her father was an engineer. She was raised together with her sibling in a traditional three-bed house in the large market town.

Amanda is married to Clive. They married in 2000 when Amanda was 25 years old while her husband was 46 years old. The couple has a 21 years difference in age. Amanda met her husband in 1996 when she was working as a contract shepherdess. She arrived at his Ravenseat Farm to pick up a ram. They started dating that same year.

Clive was previously married and has two adult children. However, there is no information about his first wife.

In the series, Our Yorkshire Farm, Eight-year-old Sidney is given a sheepdog puppy to train, while 16-year-old Reuben leaves school behind to start his dream job as a mechanic.

Owen and her husband, Clive are starring in the show Our Yorkshire Farm, where they have opened their homes to audiences across the country to have an insight into the day-to-day life of their farm. Now on season four, Our Yorkshire Farm airs on Channel 5 every Tuesday at 9 pm.

The fourth series of Our Yorkshire Farm has eight episodes. It began on Tuesday, April 13, 2021, at 9 pm and continues every Tuesday thereafter. The final episode in the current series is set to air on Tuesday, June 01, 2021. The first episode sees the Owen children take on more responsibilities. Eight-year-old Sidney is given a sheepdog puppy to train, while 16-year-old Reuben leaves school behind to start his dream job as a mechanic. On top of that, the family buys a neighboring derelict farmhouse that they are hoping to bring back to life. The documentary series is narrated by Ben Fogle.

Ravenseat Farm is located in the Dales. It’s a remote hill farm in the Yorkshire Dales. It also spans 2000 acres and is 1,800ft above sea level. The farm is based three and a half miles west of Keld, in Swaledale. It marks the exact halfway point along the famous, 182-mile Coast to Coast walk that stretches from St Bees on the Irish Sea to the North Sea coast at Robin Hood’s Bay, and is therefore a popular haunt for walkers.

In 2019 she released her third book The Adventures of The Yorkshire Shepherdess which fast became another best seller.

She has an estimated net worth of around $1 million.