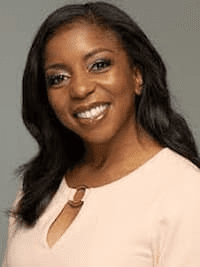 Alissa Henry is a media personality serving as the co-host of The Cash Explosion Show, the only weekly lottery game show in the USA. She is also a reporter for FOX28’s lifestyle show Good Day Marketplace. Previously, she was an entertainment, lifestyle, and features reporter for ABC 6, Fox 28, and CW Columbus’s morning show Good Day Columbus.

Henry grew up in Columbus and knew since she was a child that she wanted to study journalism. Growing up, Henry watched and admired Yolanda Harris, a local Black journalist, who is now a co-anchor in Columbus. As she neared high school graduation, Henry started looking at colleges with great journalism schools.

“Yolanda was someone who looked like me on television and that was so important,” Henry said. “My dad and I went to visit Ohio University, and I fell in love because it was so beautiful.”

Alissa is married to her husband Joe Henry, who also works for ABC6/FOX28. The couple tied the knot in 2012. In 2018, they welcomed an adorable little boy, Alexander.

“(I’m) just trying to find that balance between really wanting to be ambitious in my career, but also wanting to be a good mom to this baby,” Alissa says. “I worked in TV for years before I had a kid so that was a tough transition for me.”

Alissa is the co-host of The Cash Explosion Show, the only weekly lottery game show in the country. She is also a reporter for FOX28’s lifestyle show Good Day Marketplace.

Prior to her current roles, she was an entertainment, lifestyle, and features reporter for ABC 6, Fox 28 and CW Columbus morning show Good Day Columbus.

Before joining Sinclair Broadcast Group, she was the Managing Editor for a daily webzine for three years. Afterward, she was the social media manager and photographer for Mayor Michael B. Coleman’s (successful) re-election campaign. When that campaign ended, she went back to writing and was a popular freelance writer for multiple websites and her topics included celebrities, finances, and current events.

A bookworm and runner, Alissa reads more than 100 books a year and also runs 1,000 miles. She enjoys hanging out with her husband and son, church, social media, community outreach, music, and all things pink. When she’s not working, you can find her enjoying inexpensive activities around Columbus and sharing all about it on Instagram.

“I’m alive, that’s the biggest thing,” Alissa said from her wheelchair at Grant Medical Center. “There’s an enormous gash in my foot.”

Alissa and her husband, Joe, who also works for ABC6/FOX28, were driving home from work when a semi-truck driver reportedly slammed into stopped traffic. The Henrys were hit when another car crashed into their SUV.

Alissa Henry Salary and Net Worth