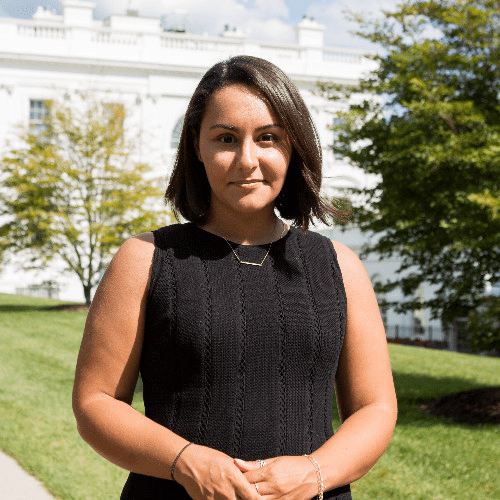 Ali Vitali is a media personality serving as the NBC News Correspondent since January 2021. Previously, she was a White House Reporter for NBC News Digital covering the Trump Administration out of Washington DC and frequently appearing on MSNBC.

Vitali is an American national.

She completed her high school education at Briarcliff High School in 2008. She then joined The American University Center Provence (AUCP) in 2010, undertaking a complete French immersion program in Aix-en-Provence, France.

In 2012, she graduated with a Bachelor of Arts degree in Political Science and Communication from Tulane University where she minored in English. She was also a member of the Honors Program, Pi Beta Phi, Green Wave Ambassadors, Residence Hall Association, and Student Conduct Board.

Vitali is the daughter of Luo Vitali and Angela Vitali.

On June 21, 2020, she wished her father a happy father’s day on her social media page. She did the same on Mother’s day.

She has a younger sister. However, her name is unknown.

Vital is not married. However, she is in a relationship with Jeremy Diamond

Advertisement
. Diamond is a White House correspondent for CNN based in Washington, D.C. He joined the network in September 2014 and he covers the Biden administration.

Vitali is a Correspondent for NBC News since January 2021. She was also a White House Reporter for NBC News Digital covering the Trump Administration out of Washington DC and frequently appearing on MSNBC.

Before moving to the nation’s capital, she spent nearly two years covering Donald Trump’s campaign for president as a campaign embed for NBC News, living every twist of the 2016 race in real-time, reporting it for NBC News platforms online and on-air.

In July 2017, Ali was named one of Huffington Post’s Top 25 Millennial Broadcasters In American News and Politics.

Her past lives include producing for Krystal Clear (live-streamed on Shift by MSNBC) and The Cycle on MSNBC. She has written on politics, feminism, millennial news, and pop culture with her words featured on msnbc.com and Sweet Lemon Magazine.

Her net worth is estimated to be ranging from $1 million to $5 million.