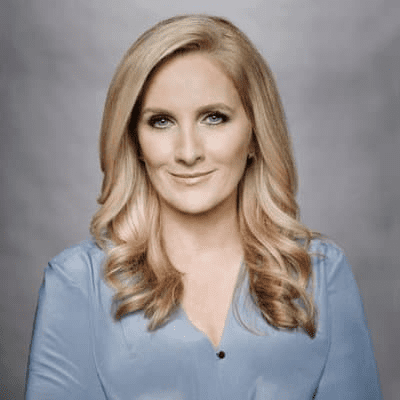 Alex Witt (Alexandra E. Witt) is a media personality serving as the host of the MSNBC show “Weekends with Alex Witt” on Saturdays and Sundays, noon – 2 p.m. ET. She joined the network in January 1999 and she’s based in New York. Previously, she hosted MSNBC Live and Morning Joe First Look.

She is an American citizen. She also belongs to the white ethnicity.

A graduate of Marlborough School for Girls in Los Angeles, Witt also studied at the University of Southern California, where she majored in Journalism and International Relations.

Born in Pasadena, California, Witt grew up in the Hancock Park neighborhood of Los Angeles. She is the daughter of Dr. Charles B. Witt, a noted thoracic surgeon in Los Angeles and Colette Witt. She also has two siblings, Charles and Walter Witt.

Witt is also a member of the National Society of Washington Family Descendants and the band Mrs. Robinson.

She is married to Bill Sorensen, a television producer. However, there is little information about him.

The couple has two children, a daughter, Caroline Sorensen and a son, Charlie Sorensen.

Witt hosts the MSNBC show “Weekends with Alex Witt” on Saturdays and Sundays, noon – 2 p.m. ET. She joined the network in January 1999 serving as anchor across both dayside and primetime hours.

During her tenure at MSNBC, Witt spent time on the campaign trail across the country during the 2000 and 2004 Presidential elections. She also covered the final week throughout the state of California for the 2003 Gubernatorial Election, following Arnold Schwarzenegger. In the wake of the September 11th terror attacks on America, Witt broadcasted from the World Trade Center and has continued to follow the war on terrorism in the Middle East and the War in Iraq. She also broadcasted from the World Trade Center on the 10th anniversary of the attacks.

Over the years, Alex hosted the series MSNBC Adventurer, as well as a series of prime time special broadcasts in the wake of the Asian tsunami. She also broadcasted live from Windsor, England covering the 2005 wedding of Prince Charles to Camilla Parker Bowles, and from London outside Kensington Palace for commemorations marking the 10th anniversary of the death of Princess Diana in 2007. In addition, she has contributed to NBC Nightly News reporting for the highly acclaimed “Making a Difference” series.

Witt first served as a field producer for the Today Show in Burbank, California. Her first on-air job was at KCBA in Salinas, California. She later worked for KCBS-TV, KNBC-TV, and KABC-TV, each of which are located in communities adjacent to Los Angeles. She served as a reporter at KCBA from 1990–1992 and WNYW-TV from 1996–1998.

She has an estimated net worth of $4 million.