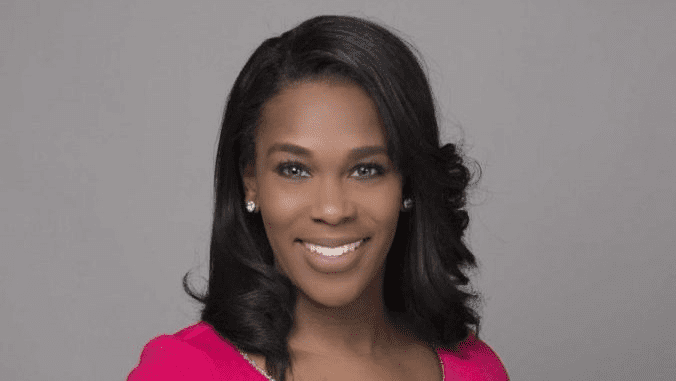 Adrienne Broaddus is a media personality serving as the CNN correspondent focused on the Midwest. She is based in Chicago and she is also a former anchor at KARE 11. She joined CNN in October 2020.

There is no information about her age though she was born in the United States of America.

She stands at a height of 5 feet 6 inches tall.

The name of her parents is unknown though she shares their photos and talk about them in her social media pages.

She has not revealed whether she has siblings or not.

Broaddus is not married instead she is in a relationship with Dario Otero. They got engaged on July 24, 2020. Dario Otero was selected as a member of the Josie R. Johnson Leadership Academy 2020 Cohort in April 2020.

She shared the news about their engagement with her fans on her Instagram page.

Information about her kids is missing.

Broaddus serves as a CNN correspondent based in Chicago.

Adrienne joined CNN in October 2020 from KARE-TV in Minneapolis, where she anchored the 11 a.m. newscast (2014-2020). She also reported on a variety of topics including the spotlight on the battle for affordable insulin. She covered major stories for KARE TV and TEGNA stations nationwide, including protests following the death of Michael Brown, an unarmed black teen, who was shot and killed by a white police officer in Ferguson, MO. A Grand Jury chose not to indict the officer.

Most recently, she covered the death of George Floyd in 2020 and the police involved in the shooting of Philando Castile in Minnesota. Broaddus was invited to sit down with family members of the legendary singer Prince following his death at Paisley Park in 2016. In 2017, her series on natural hair helped spark a nationwide discussion.

Previously, Broaddus worked as a reporter and fill-in anchor for WISH-TV (CBS) Indianapolis from August 2010 to December 2013. She also served as a reporter and anchor for WNEM (CBS) and WSMH (FOX) Saginaw, MI from January 2007 to August 2010. She served as the weekend morning anchor and was later promoted to host of, Better Mid-Michigan, a nationally syndicated lifestyle and entertainment program.

Broaddus sits on the Society of Professional Journalists Diversity & Inclusion Committee. She is also a member of the National Association of Black Journalists (NABJ) and Alpha Kappa Alpha Sorority, Inc. She completed the Poynter TV Power Reporting Seminar in 2006.

Most people confuse Snoop Dogg whose real name is Calvin Broadus to be related to Adrienne. The two are not related in any way.

The only connection they have is that, as an anchor and reporter, Adrienne landed an interview with Snoop Dogg among others.