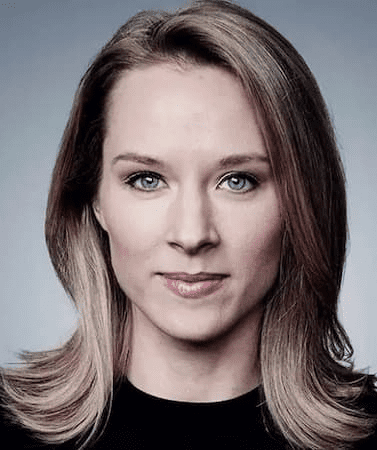 A graduate of Montclair High School, Yurkevich earned a Bachelor of Arts degree from Fordham University in Communications and Spanish. She also received a certificate for Polish language from Hunter College and she is fluent in Spanish.

Her parents names are unknown though she usually post her mother on her social media platforms. She also has a sister named Allison, a fashion assistant.

Yurkevich is not married, she is in a relationship with Brian Dutt. Brian is the CEO and founder of Beeroll, an ice skating company.

She does not have kids yet.

Since July 2019, Yurkevich is a business and politics correspondent for CNN. She covers the intersection of business and politics across CNN’s television and digital platforms. In this role, she most recently covered the historic General Motors strike, the government shutdown and flooding in the Midwest and its impact on farmers there. She also sat down exclusively for a one on one interview with Secretary of Agriculture Sonny Perdue during the height of the trade war.

Yurkevich has reported extensively on immigration and has spent time reporting from the US-Mexico border. She obtained exclusive photos showing for the first time the harsh conditions children are in when in Border Patrol’s custody. She also got rare access to the US Border Patrol Academy and produced a three-part series called ‘The Green Wall’ after spending months imbedded with three border patrol agents.

Yurkevich joined CNN in October 2014 as a digital correspondent. She has exclusively interviewed Richard Branson and has sat down with Crown Prince Haakon and Princess Mette-Marit of Norway.

Yurkevich embarked on a one-month road trip for CNN’s award-winning #MyVote Campaign Camper tour. During that time she travelled the country in the final weeks of the 2016 election speaking with Americans about the issues that matter to them. She spent Election Night 2016 anchoring CNN’s digital coverage from the Empire State Building which won an Edward R. Murrow, Webby and PROMAXBDA award.

She also received the Scripps Howard Immigration Fellowship from the International Center for Journalists and the Knight Foundation’s US – Russia Young Media Professionals Fellowship.

Yurkevich earns an average salary of $84,586 per year.