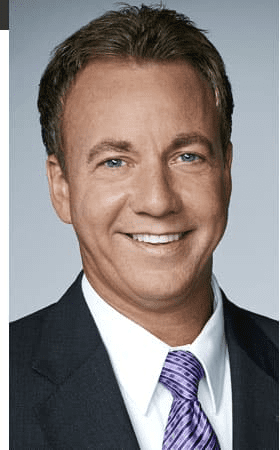 Tom Sater is a five-time Emmy winning meteorologist and weather anchor for CNN International based at the network’s global headquarters in Atlanta. He has also provided reports on sister networks CNN/U.S. and HLN. Previously he worked as a meteorologist in a number of U.S. markets including Washington, D.C.; Atlanta, Georgia; Cincinnati, Ohio; Montgomery, Alabama and Lexington, Kentucky.

His exact date of birth is unknown though it’s estimated to be between 1958 and 1962. Therefore his age ranges between 59 to 63 years old.

Sater is married to Gurvir Dhindsa, an anchor at CBS46. She was born in Punjab, India and was previously a Fox-5 morning anchor. The couple met while both were working at Fox-5. Previously Sater was married to Holly Morris, a reporter at Fox-5 for 8 years before they divorced in October 2005. The divorce came after Morris learnt that her then husband, Sater was cheating on her with her co-anchor, Gurvir Dhindsa.

The couple live on a small horse farm in north Georgia.

He has twin daughters with his wife, Gurvir Dhindsa. They were born in June 2008.

Sater is a five-time Emmy winning meteorologist and weather anchor for CNN International based at the network’s global headquarters in Atlanta. He is a member of the National Weather Association (NWA) and has earned the Seal of Approval from the American Meteorological Society (AMS). He has also provided reports on sister networks CNN/U.S. and HLN.

Sater has covered many international weather stories including Super Typhoon Haiyan in November 2013. While covering the landfall impact in the Philippines, he was one of the first international broadcasters to report that the storm’s intense winds made it the strongest typhoon to make landfall on any landmass in recorded history. Earlier this year CNNI won the ‘Best News Coverage International’ category for its reporting of Typhoon Haiyan at the prestigious Royal Television Society Awards.

Before joining CNNI, Sater worked as a meteorologist in a number of U.S. markets including Washington, D.C.; Atlanta, Georgia; Cincinnati, Ohio; Montgomery, Alabama and Lexington, Kentucky, where in 1998 he won a regional Emmy for Outstanding Weather Anchor at WKYT as the station’s chief meteorologist. He won the same award four consecutive years during his time at WTTG in Washington, D.C.

In July 2005, Sater mysteriously disappeared from Fox-5. Five years later, he re-emerged on D.C.’s television scene doing the weather on Channel 9/WUSA today, at 6:30 PM and 11 PM. His disappearance was because he was fired from FOX-5 and later replaced by Tony Perkins. The circumstances surrounding his firing were never publicly reported, but they were clearly contentious. The American Federation of Television and Radio Artists (AFTRA), the labor union representing Sater posted this statement on its website:

Tom was an award-winning meteorologist at Fox 5 in Washington, DC. After almost 7 years of service, management at WTTG-TV (the Fox O&O in Washington, DC) decided it was time for him to leave, even though he was very popular with the viewers, and had won 5 Emmys. Management claimed “gross misconduct” and terminated Tom’s employment without notice or severance pay. AFTRA investigated, and concluded that gross misconduct had not occurred, and demanded that the station pay Tom his notice pay and severance pay, under the terms of the AFTRA contract.

Although AFTRA and WTTG have a long history of being able to resolve their disputes, this case proved different. AFTRA filed for its first-ever arbitration with WTTG, and the two-day hearing was held in July 2006. The arbitrator found that WTTG had not met its burden of proof, and that any performance issues involved were “ordinary” and did not rise to the level of gross misconduct. As a result of the arbitrator’s ruling, AFTRA was able to recoup over $70,000 in notice and severance pay for Mr. Sater.

His net worth is estimated to be $3 million.