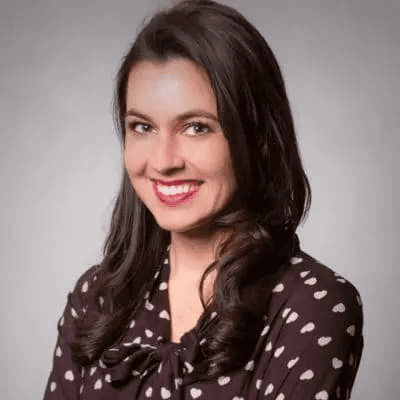 Taylor Lorenz is a media personality serving as a columnist at The Washington Post covering technology and online culture. Previously, she was a technology reporter for the New York Times business section.

Lorenz is American by nationality.

Lorenz attended Greenwich High School and a Swiss boarding school. She also studied at the University of Colorado Boulder before transferring to Hobart and William Smith College, where she graduated with a B.A. in Political Science.

While at the University of Colorado Boulder, Lorenz served on the board of the Alliance for Technology, Learning, and Society (ATLAS) Institute. She was also a staff author for Hobart and William Smith’s College newspaper, The Herald.

In 2012, she received her certificate in Internet Development from new york University.

She was born in New York City and grew up in Old Greenwich, Connecticut. However, there is no information about her parents. It is also not known whether she has siblings or not.

In January 2015, Taylor announced her engagement to Christopher Mims, a technology columnist at The Wall Street Journal. Nevertheless, the couple hasn’t revealed whether they are married or not. She hasn’t also disclosed whether she has children or not.

Taylor was a 2019 Knight Visiting Nieman Fellow at Harvard University, where her research focused on Instagram and news consumption. She is also a former affiliate at Harvard’s Berkman Klein Center for Internet and Society.

On April 19, 2022, Lorenz was accused of “doxxing” the anonymous woman who operates the popular Twitter account “Libs of TikTok.” Lorenz published an article revealing the identity of the social media user.

“Doxxing” is the term used to describe the act of posting the personal information of those who wish to remain anonymous.

Critics accused her of hypocrisy after it was claimed that she showed up at the home of the woman’s relatives to ask questions. The “Libs of TikTok” account, which posts TikTok videos from liberals and has generated more than 662,500 followers, posted an image of Lorenz outside the home of one of her relatives.

“Which of my relatives did you enjoy harassing the most at their homes yesterday?” read the caption attached to the photo of a woman who bears Lorenz’s likeness.

Lorenz defended her decision to reveal the woman’s identity, tweeting: “Reporters make phone calls, send messages, show up places, and knock on doors when reporting out a story.”

Lorenz added: “I reported this story out extensively, using every tool I had, to ensure I had the correct woman.”

In response to criticism that she targeted a private citizen who wished to remain anonymous, Lorenz tweeted that the social media user “isn’t just some average woman with a social media account” but is instead a “powerful influencer operating a massively impactful right-wing media shaping discourse around LGBTQ+ rights.”

In a segment that aired on April 1, 2022, on MSNBC’s Meet the Press Daily, Lorenz revealed that online harassment targeting her and her family caused her to experience “severe PTSD” and contemplate suicide in the recent past. MSNBC’s segment also detailed how Fox News host Tucker Carlson ripped Lorenz in March 2021 for calling for an end to online harassment. At the time, Lorenz, then a reporter for the New York Times, said she had endured a “smear campaign” that had “destroyed her life.”

What Happened to Taylor Lorenz

In August 2021, Taylor and The New York Times were sued by an influencer talent agent and entrepreneur Ariadna Jacob for defamation in relation to an August 2020 article about her company, Influences.com. Jacob claimed in the lawsuit that the article contained “numerous false and disparaging statements” about her and her business, including the accusation that she leaked nude images of one of her clients and hiked up the rent on her “content house” tenants.

She also claimed that Lorenz failed to disclose her working relationship as a client of United Talent Agency, a firm that she covered favorably in The New York Times and was a rival to Influences, creating a potential conflict of interest.

In addition, Jacob claimed that she lost 85 clients following the publication of the article and was seeking damages in excess of $6.2 million. Jordan Cohen, the spokesperson for The New York Times, stated that they would defend the lawsuit.

“Ms. Jacob’s main complaint is that The New York Times gave voice to young people who felt they had been mistreated by her. It’s troubling that she has turned to litigation to try to silence those who criticize her business practices.”

Taylor Lorenz Salary and Net Worth