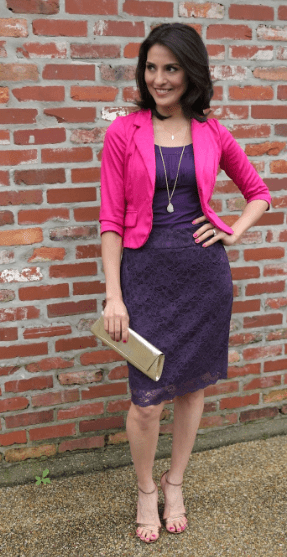 Rosa Flores is a media personality serving as a CNN correspondent based in Miami. She is covering domestic news stories across the U.S. and Puerto Rico and international news stories in 14 countries for the network’s TV and digital platforms. She joined the network in 2013 and she was previously based in New York City and Chicago.

She was born in Rio Bravo, Tamaulipas, Mexico though her date of birth is unknown.

Her mother is called Rosa while her father’s name is unknown. On October 5, 2016 during the HESTEC 2016’s Latina Day at the Fieldhouse on the Edinburg Campus, Rosa praised her mother who played an important role in making her who she is today. She also talked about her father.

But when she graduated from high school, her father did not want her to go to college outside of the Valley, she said, and her mother’s friends would say, “Don’t let your daughter leave the Valley to get an education.”

“I knew I was going to be successful and I knew that I was going to achieve, but it started with her support,” she said with tears in her eyes. “Mothers, we need you, we really do. Sometimes, all it takes is for you to be there.”

She has a brother called Juan who she says was always in attendance to support her.

She is married though her husband’s name is unknown.

Flores is a CNN correspondent based in Miami. She is covering domestic news stories across the U.S. and Puerto Rico and international news stories in 14 countries for the network’s TV and digital platforms. She joined the network in 2013 and was previously based in New York City for two years and Chicago for another two years.

In 2020, Flores led the network’s coronavirus pandemic coverage throughout Florida, with an emphasis on holding Governor Ron DeSantis accountable for his lockdown policies and vaccine rollout. She also told stories of how the pandemic impacted children, the unemployed, the elderly and the underprivileged.

Flores covered President Barack Obama’s visit to Argentina and also his attendance to the Seventh Summit of the Americas in Panama City, Panama, which included the historic handshake between the US and Cuba after more than half a century of cold war rivalry. She also traveled to Cuba to cover the reestablishment of relations between the US and Cuba.

Before joining CNN, she anchored the 4pm newscast at WBRZ-TV, the ABC affiliate in Baton Rouge. At WBRZ, she uncovered soil contamination in the East Baton Rouge Parish School District, which led to the testing of all schools in the district.

Prior to moving to Louisiana’s capital city, Flores covered enterprise and breaking news stories at WDSU-TV, the NBC affiliate in New Orleans. Starting in September 2007, she reported for KHOU-TV, the CBS affiliate in Houston and started her career in TV reporting at KWTV-TV in Oklahoma City.

Flores covered Pope Francis from the papal plane during his visits to Panama for World Youth Day, the United States, Cuba, Mexico, Chile and Peru. She also traveled to Ecuador, Bolivia and Paraguay to cover Francis’ visit to his native South America. In 2018, Salt and Light Catholic Media Foundation honored her with a Distinguished Journalist Award for her coverage of the Pope and the Catholic Church. She was also honored as an Outstanding Young Texas Exes in 2018.

Her project “The Disappearing Front Porch,” which gave a voice to children in Chicago who are caught in the crosshairs of violence was awarded the Online Project: News by the National Association of Black Journalists. In 2017, she was also awarded the John Jay/H.F. Guggenheim Center on Media, Crime and Justice Reporting Fellowship.

In 2014, she spent more than two weeks in Mexico’s southern state of Guerrero covering the disappearance of the 43 missing students of Ayotzinapa. Her coverage landed her the National Association of Hispanic Journalists’ Large Market Television Hard News Award.

Her net worth is estimated to be $1 million.