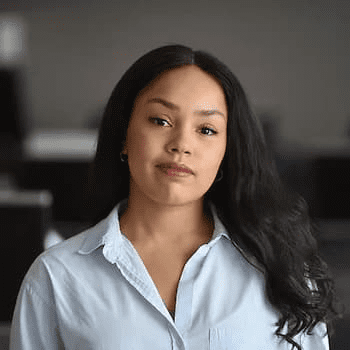 Rianna Croxford is a multi-award-winning Investigative Correspondent for BBC News and Current Affairs focusing on uncovering abuses of power and social injustices. Previously, she worked as the BBC’s Community Affairs Correspondent and has also reported for BBC Panorama. She joined the BBC News team in 2018 as a trainee.

Croxford graduated from the University of Cambridge with a Bachelor’s Degree in English Literature (British and Commonwealth) in 2017. While at the University she was the Head of CU-TV (Cambridge University TV).

Croxford was always interested in journalism. She started a school paper, did an agony aunt column, and a politics newsletter.

Croxford is the first in her family to go to the University. However, there is no information about her parents and siblings.

Despite being a media personality Rianna has managed to keep her personal life away from the limelight. Therefore, she hasn’t disclosed whether she is married, single, or in a relationship.

Croxford is a multi-award-winning Investigative Correspondent for BBC News and Current Affairs. She previously worked as the BBC’s Community Affairs Correspondent and has also reported for BBC Panorama. She joined the BBC News team in 2018 as a trainee before becoming the multi-award-winning journalist she is now, and the youngest network correspondent at the company when she was 25 years old – despite being told it would take “at least 10 years” to achieve this feat.

Her original reports have been featured on national and international TV, radio, and digital outlets and include allegations of ministerial bullying against the Home Secretary, concerns about moderation and underage use of the British website OnlyFans, the misuse of non-disclosure agreements, and sexual misconduct at universities.

In her four years at the BBC, Croxford has also worked as a producer for national radio and in the news podcast unit. Prior to this, she worked at the Financial Times while training as a journalist at the Press Association.

Alongside her work, Croxford has participated in debates and panels about online safety and diversity in the media.

Rianna Croxford Salary and Net Worth