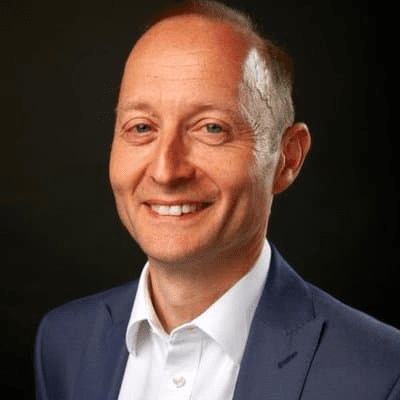 Paul Waugh is a media personality serving as the Chief Political Commentator for the i paper, a British national morning paper published in London by Daily Mail and General Trust. He is also a presenter of BBC Radio 4’s Week in Westminster. Previously, he was an Executive Editor, Politics, for HuffPost UK, based in London.

Waugh went to Meanwood Community Nursery School and then to Oulder Hill Community School before getting a place at Oxford University.

“I had some fantastic teachers,” he said. “I did work experience at the Rochdale Observer and then I went to Cardiff Journalism College and started working in local newspapers and eventually politics.”

Paul was born and bred in Rochdale, UK.

“I was born in Birch Hill Hospital, in Wardle, and was raised on a council estate at Spotland opposite Rochdale Football Club,” he recalled.

Recently, he said; “I had a chat with my mum (after the Johnson press conference) and she said ‘you got him there didn’t you?’ so I passed that test! “If you grow up in the North you’re going to ask questions that reflect your own background that perhaps others might not ask.”

He has an identical twin brother called Mark. In addition, in the 70s and 80s, many people in his family worked in the cotton mills.

“I’ve got an identical twin brother called Mark and my earliest memory of Rochdale was mucking about at Healey Dell with my pals. “When I was a geeky teenager I used to go to Tiff’s nightclub in the town.

“It was hard for people in Rochdale in the 70s and 80s with a lot of factories closing down. A lot of people in my family worked in the cotton mills and these job opportunities started shrinking. It was tough.

“I started supporting Rochdale because I lived at the back of the ground. The football floodlights went into the bedrooms in our house. I didn’t have much choice but to support Rochdale.”

There is no information on whether he is married, single, or in a relationship. He hasn’t also revealed whether he has kids or not.

Waugh is the Chief Political Commentator for the i paper, a British national morning paper published in London by Daily Mail and General Trust and distributed across the United Kingdom. It is aimed at “readers and lapsed readers” of all ages and commuters with limited time, and was originally launched in 2010 as a sister paper to The Independent. He is also a presenter of BBC Radio 4’s The Week In Westminster.

Previously, Waugh was an Executive Editor, Politics, for HuffPost UK, based in London. With 20 years of experience reporting from the House of Commons, he provided news, insight, and analysis and was the author of the daily WaughZone newsletter/blog.

Before joining HuffPost in 2015, he was editor of PoliticsHome, and deputy political editor at the London Evening Standard and the Independent.

Paul Waugh Salary and Net Worth