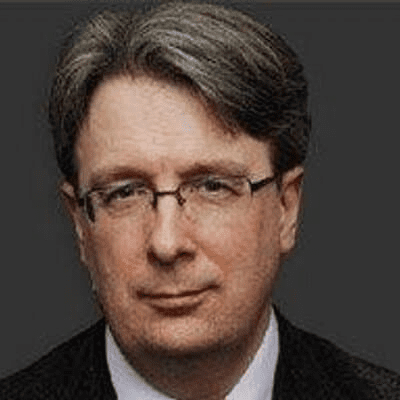 Mark D’Arcy is a media personality serving as a parliamentary correspondent for the BBC. He also presents BBC Parliament’s political book review show, Book Talk on the BBC Parliament television channel. Additionally, he is a correspondent on BBC Radio 4’s Today in Parliament.

He was born in Chichester, West Sussex, England however his date of birth is unknown. His age is also unknown.

There is no information about his educational background. However it is presumed that he is highly educated depending on his career achievements and his job position.

D’Arcy has managed to keep his family out of the limelight. Therefore it is not known whether he has siblings or not. He hasn’t also revealed his parents to the public.

Despite being a media personality, Mark has managed to keep his personal life private. It is therefore not known whether he is married, single or in a relationship. He hasn’t also disclosed whether he has children or not.

Mark is a parliamentary correspondent. He has been a correspondent for Today in Parliament since 2002, and also presents BBC Parliament’s political book review show, Book Talk. His career has included stints at LWT’s Weekend World and the Leicester Mercury. He has also produced and occasionally presented Radio 4’s The Westminster Hour. As well as being a politics nerd, he is a cricket fanatic, amateur cook and Bruce Springsteen fan.

D’Arcy is also the co-author of Abuse of Trust. When Abuse of Trust was first published he was the BBC’s local government and social affairs correspondent for the East Midlands, and a former political commentator for the Leicester Mercury.

Mark D’Arcy Salary and Net Worth