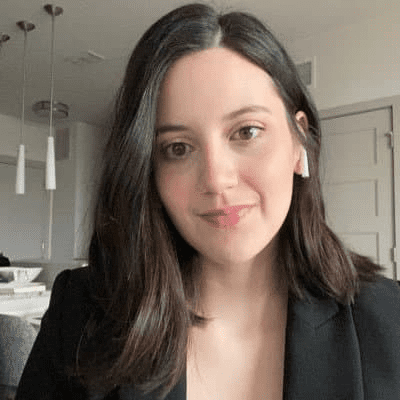 Maegan Vazquez is a media personality serving as a White House reporter for CNN Politics based in Washington, D.C. She first began covering the White House for CNN in 2018, during the Trump administration. Previously she was a reporter covering politics.

In 2015, Maegan graduated from New York University with degrees in Journalism and Social and Cultural Analysis. While at NYU, she was a national editor and she managed a staff of eight writers that produced work ranging health, tech, politics, and culture news. She was also the founder of the site’s Global Correspondents Program, in which she managed the writing of five writers abroad.

She has not revealed any information about her parents and siblings. It is therefore unknown whether she has siblings or not even though she grew up in Laredo, Texas.

She is not married instead she is dating Jonathan Monaghan, an American computer animator and artist. He was born on September 14, 1986 in Rockaway Beach, Queens, New York. He also received his BFA in computer graphics from the New York Institute of Technology and a MFA from the University of Maryland.

Monaghan’s animations have been exhibited at The State Hermitage Museum, the Sundance Film Festival and the Palais de Tokyo. His work has also been reviewed in the Washington Post and the Village Voice. In addition, his work sits in numerous public and private collections such as The DC Commission on the Arts and Humanities and The Crystal Bridges Museum of American Art. Monaghan is represented by bitforms gallery in New York.

Vazquez is a White House reporter for CNN Politics based in Washington, D.C. She first began covering the White House for CNN in 2018, during the Trump administration. In 2018, she served as a researcher for “FREE, MELANIA: The Unauthorized Biography,” CNN White House correspondent Kate Bennett’s book about Melania Trump. In this role, she pursued records requests, dug into archives, produced background research on potential sources, and conducted high-profile interviews.

Vazquez first joined CNN Politics in 2017 as a reporter covering politics and breaking news in Washington. Prior to CNN, she spent over two years at Independent Journal Review, where she most recently held the role as a White House reporter. Before that, she served as deputy news editor. Vazquez originally joined IJR in 2015 as a political reporter.

In 2018, she was selected by the National Press Foundation for the 2018-2019 class of its prestigious Paul Miller Washington Reporting Fellowship.