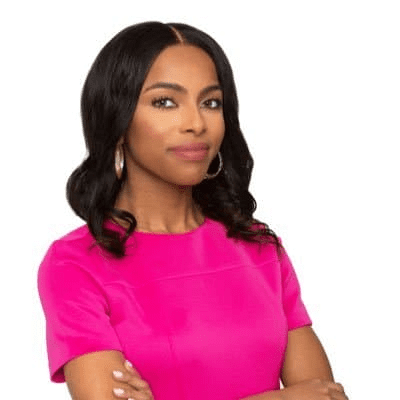 Dendy graduated from Baylor University with a journalism major/film and digital media minor in December 2019. During the summer of 2019, she interned with CBS This Morning in New York City. She also served as the executive producer for Lariat TV News at Baylor. In addition, she was a broadcast reporter and news anchor for Baylor’s weekly newscast program.

Dendy was born and raised in Texas. At age five, she lost her dad who took his own life.

“I was only five years old when I walked into my home just moments after my father had taken his life,” she said.

“It’s a vivid picture in my mind still to this day. The shock and confusion that suddenly filled my young body was an experience that no one should have to face,” she added.

Dendy gives credit to her mom, twin brother, and friends for their overwhelming support.

“With the support of my incredible mother, twin brother, and friends, I decided that I would not let my past define my future. I know my father would be very proud of the person I am becoming, and I strive to make him proud. His legacy will never be forgotten,” she concluded.

Dendy has managed to keep her marital status away from the limelight. Therefore, she hasn’t revealed whether she is married, single, or in a relationship.

Kennedy is an Emmy Award-Winning news reporter for CBS47/FOX30 Action News Jax in Jacksonville, FL. She previously worked as the Weekend Morning Anchor/Producer and a news reporter for KEZI 9 News in Eugene, Oregon. She won an Emmy award through the NW chapter of the National Academy of Television Arts and Sciences in June 2021, alongside her team for coverage of the Oregon wildfires.

Kennedy graduated from Baylor University in December 2019. During the summer of 2019, she interned with CBS This Morning in New York City.

At Baylor, she served as the executive producer for Lariat TV News. In addition, she was a broadcast reporter and news anchor for Baylor’s weekly newscast program. She is currently an Advisory Board Member for the Baylor Journalism, Public Relations, and New Media Department.

Kennedy has won numerous awards, such as Reporter of the Year from the Texas Intercollegiate Press Association. In addition, she was placed first at the 2019 National College Media Convention for her coverage of Shawn Oakman’s acquittal, fourth place for team coverage of a shooting near Baylor’s campus, and an honorable mention for a feature package about twin YouTube sensations Brooklyn and Bailey McKnight. She was also recognized as Broadcaster of the Year by the Baylor Lariat in 2019.

Kennedy is a proud member of Alpha Kappa Alpha Sorority, Incorporated, as well as the National Association of Black Journalists.