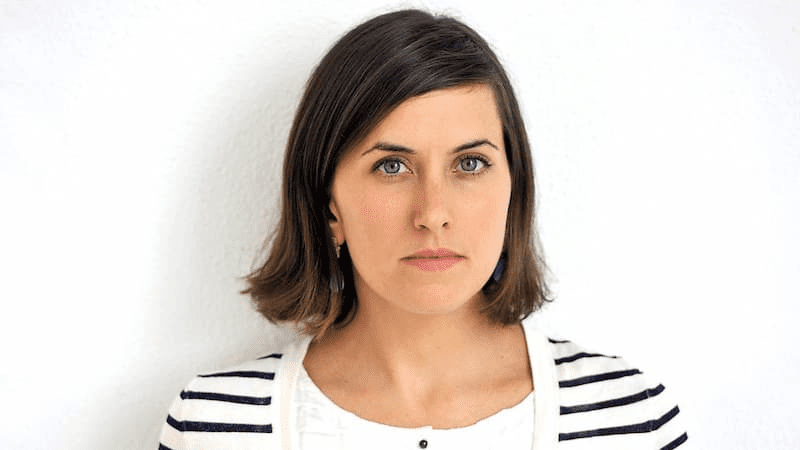 Watson is in her 40s. However, her age is unknown.

After completing her high school education successfully, Katy joined the University of Cambridge in 2000. In 2004, she graduated with a degree in Spanish and Italian. She also received a Postgraduate Diploma in Broadcast Journalism from City, University of London in 2007.

Watson was brought up in Hong Kong however there is no information about her parents and siblings. Therefore it is unknown whether she has siblings or not.

Katy is married and has three kids with her partner. However, there is very little information about him.

The couple has two sons and a daughter. Their firstborn, a son was born in 2016. The second-born, daughter, Isadora was born in May 2019 while the last son, Otis Orinoco was born in March 2021.

On June 23, 2021, Katy wrote a post on her Instagram captioned; “Three months ago, I gave birth to our little boy Otis Orinoco. Since then, I’ve been silent because for the first time in my life I’ve been lost for words. I’ve needed this time to try and come to terms with Otis’ diagnosis. To be given life-changing news that the statistics didn’t predict, in the throes of giving birth, has been incredibly painful.

I was so intent on having a humanized birth experience, as I had with my other two, knowing full well how Brazil often fails to take into account the rights of women when it comes to giving birth. But our home birth, the hospital transfer, a surprise DS diagnosis, and three weeks in intensive care also felt pretty inhumane. I still worry about the future, I lie awake fearing the unknown. I’ve had three children but my confidence as a mother was ripped to shreds in the hours after Otis’ birth so at the moment it’s hard to ’trust that things will work out’.

I worry about the challenges that come with proving that Otis has worth. Some days are harder than others but my lovely little boy needs me to stop crying and start living. There have been plenty of platitudes offered to us – that we are a strong family, that we were ‘chosen’ to have Otis, and that we would become better people because of him. None of that I believe.

But it is true that there have been wonderful examples of kindness from people who have trodden a similar path. We’ve spoken to dozens of families in the past months – people who were complete strangers to us and who have shown extraordinary understanding and love. It’s also shown us just how wonderful our friends are. We knew we were lucky but they’ve taken it to the next level in supporting us, as have my parents. They only know love.”

Previously, Katy was BBC’s South America business reporter, covering economics and finance across the region. She was also based in London as a UK reporter. While there, she reported on breaking news for BBC News Channel, the Six and Ten on BBC1, Radio5Live, Radio 2, and Radio 4. Some of the stories she covered include the UK floods, the trial of Joanne Dennehy, and the inquest of Anne Marie Ellement.

Between June 2013 and December 2013, Katy was the Washington reporter. She covered breaking news and analysis on all aspects of US foreign and domestic policy. Her stories included the government shutdown, changing relations with Iran, and reaction to the Syrian crisis, and Egypt. As the Middle East business reporter, she also traveled across the Middle East and North Africa, covering the economic consequences of the protests in the region. Based in the UAE she also covered general news in the region.

She began her career as a reporter at Bloomberg News in January 2005. She later moved to the commodities team where she focused on developments in the copper industry including industrial strikes in Chile.

Watson gave birth to her daughter, Isadora in May 2019. In October of the same year, she chose to return to work to cover Presidential elections in Bolivia and Argentina, protests across the region, and the story of Amazon destruction as well as controversies over Jair Bolsonaro’s leadership in Brazil.

“I was excited about my return and my partner was preparing to start daddy duty with five months of shared parental leave. There was one hitch. I might be back at work but Isadora’s main food supply was still me – and that made my job a little bit more intense, to say the least.

And sure enough, two days in, I flew to Bolivia to cover the elections. While my baby drinks what’s stored in the freezer, I have to pump to replenish the supplies. And it’s a lot! Every three hours to keep up my supply. I don’t have an office job where I can plug a pump in and sit at a desk.

So I realized that if I didn’t do it in public, I wasn’t going to keep it up for long. Plus, I refuse to spend half an hour every three hours sitting in a dirty public toilet. This is my baby’s food I am producing after all. So I’ve made some great discoveries of late – first, that my Argentine poncho doubles as a nifty pumping cover. Second, a plane engine provides excellent white noise which enables me to pump away quite happily without anyone hearing the pump’s mechanical purr.

And I’ve also discovered that I need to declare breast milk to customs because it’s technically considered an animal product – Chilean authorities got quite cross when I nearly smuggled my liquid gold through without telling them.
Things didn’t get off to a great start though when I landed in La Paz to cover the elections. Within a few hours of arriving, I was bedridden with the most awful altitude sickness. I think the low point was when I was slumped next to the toilet being sick, while attached to my breast pump, all in the name of keeping up my supply for my baby!”

On September 16, 2016, the terrified BBC reporter ate a worm in Mexico and was really surprised at how it tasted.

Katy Watson Salary and Net Worth