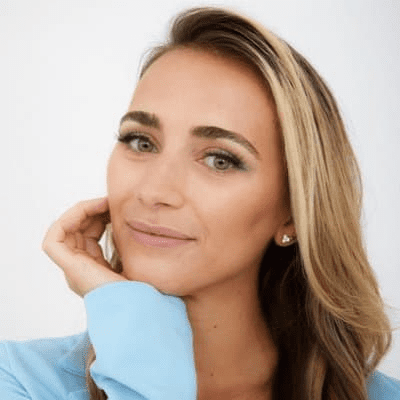 Grace Blakeley is a media personality serving as a staff writer at Tribune and the host of a weekly podcast A World to Win. She is also the author of Stolen: How to save the world from financialization and The Corona Crash: How the Pandemic Will Change Capitalism. Previously, she was a research fellow at the Institute for Public Policy Research (IPPR).

Grace was educated at prestigious Home Counties boarding school Lord Wandsworth College, which costs £34,650 per year for a full-time senior border, before spending 12 months at The Sixth Form College in Farnborough. She also graduated from Oxford with a First Class Honours Degree in Politics, Philosophy, and Economics. She then obtained a Master’s degree in African studies at St Antony’s College, Oxford.

While at Oxford, Grace wrote and performed her own music, and a YouTube video of her playing her love song Tear Me To Pieces has attracted 37,000 views – mainly from legions of adoring Corbynista fans. Her admirers wrote comments underneath such as: ‘Power to the people!’ and ‘Coming off listening to her talk about Breton Woods [sic] and now listening to this… I’ve never been more attracted to someone.’

She is half Welsh on her father’s side.

Grace is in a relationship with Tom Rosenthal, 34, who plays hapless estate agent Jonny in Friday Night Dinner. This was after she posted adorable pictures announcing the relationship.

Blakeley is a staff writer at Tribune and the host of a weekly podcast A World to Win. She is also the author of Stolen: How to save the world from financialization, which analyses the rise and fall of finance-led growth and how we might move toward a new economic model.

After graduating, she worked as a management consultant for KPMG in their Public Sector and Healthcare Practice division. She then worked as a research fellow for a year at the left-wing think tank, Institute for Public Policy Research in Manchester, specializing in regional economic policy.

Blakeley joined the magazine New Statesman in January 2019 as its economics commentator, writing a fortnightly column and contributing to the website and podcasts. Her articles for the magazine included support for Lexit and a Green New Deal.

Blakeley became a staff writer for the democratic socialist magazine Tribune in January 2020. She sits on the Labour Party’s National Policy Forum, which is responsible for policy development. A prominent voice in the UK media, she features frequently on both radio and TV. She has appeared on numerous high-profile political programmes, including Question Time, Politics Live, and BBC This Week.

Her second book, The Corona Crash: How the Pandemic Will Change Capitalism, was published in October 2020.