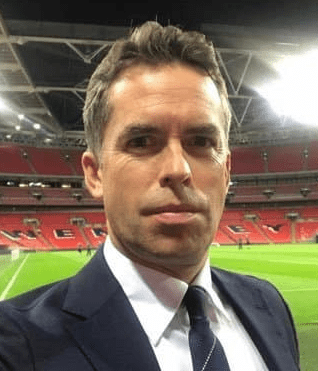 Jones went to Stokesley comprehensive school in North Yorkshire. He also completed a post-graduate NCTJ course in newspaper journalism in Sheffield, after graduating with a history degree from the University of Gloucestershire.

He was a keen schoolboy sportsman playing county cricket for North Yorkshire and represented the district in football, athletics, and hockey.

David is the son of Helen and John. He grew up in the rural village of Great Ayton, eight miles south of Middlesbrough.

His father was friends with the former Wales international and Derby county stalwart Alan Durban. They had played together at Shrewsbury Town in the mid-1970s and once Alan had been appointed manager of Sunderland in 1981, there was a pull to Roker Park.

“My Dad and Alan played cricket together at Great Ayton in the early 80s,” explains David. “I was eight years old and just getting interested in going to football matches. Middlesbrough was my local club but because of my Dad’s relationship with Alan, he would always ask when he was going to bring his boys to a game.

“In 1982 we went to see Sunderland play Southampton. My first experience of going to football was sitting in the manager’s office before the game, going down, and having a tour of the dressing rooms. After that first game, that was it. It was hearing the Roker roar, the accents, the passion of the people. Seeing the red and white stripes. It was intoxicating for quite a sheltered eight-year-old. I was completely hooked from there.”

In 2019 he solo walked 3 consecutive marathons over 3 consecutive days around the North Yorkshire moors to raise funds for School Aid India – a charity set up by his mum which supports a school for underprivileged children in the Indian city of Darjeeling.

He has an older brother named Rob. Rob was both his best friend and fiercest sporting rival.

“Rob was a very good cricketer,” he says.

“I remember playing on the same field as him when he took 9 for 37 and I dropped a slip catch. He never quite forgave me because he could have had 10 wickets.”

He continues: “We did compete in everything. We’re best pals now but we were quite fractious I suppose for a lot of our youth, probably because we were so competitive.”

Jones is married and lives in London with his partner Julie and son Oskar. But he gets back to his native North Yorkshire as often as he can to walk and cycle the hills.

Jones is a leading sports presenter and host of Sky Sports’ biggest live football shows Super Sunday and Monday Night Football. He has hosted hundreds of live outside broadcasts for Sky from England internationals to cup finals, play-off finals, Champions League games, and the Football League. He took over as the host of Super Sunday and MNF in 2016, anchoring the Premier League’s biggest games alongside Thierry Henry, Jamie Redknapp, Gary

Jones was also host and co-producer of The Footballers Football Show, a panel discussion programme that won acclaim for tackling some of the game’s big issues, and now regularly appears on the week nightly Sky Sports show The Debate.

His presenting career began on Sky Sports News where he enjoyed a long and successful on-screen partnership with Georgie Thompson.

Jones’s first job in journalism was with the Derbyshire Times newspaper in Chesterfield, working as a news reporter covering crime, and local politics and often jousting with the legendary Chesterfield MP Tony Benn. When the local team, Chesterfield FC, reached the FA Cup semi-finals in 1997 Jones was drafted across to the sports desk to help out. That was the springboard that saw him join Sky for the launch of Sky Sports News in 1998, originally as a scriptwriter but swiftly progressing to becoming a reporter and then presenter.

David is a long-standing supporter of Sunderland AFC. In December 2019, he fulfilled a lifetime ambition by joining the board as a non-executive director. His role is to advise the owner on football matters and structure, whilst liaising with the manager, head of recruitment, head of the academy, and the football operations director. He also works closely with the Sunderland AFC Foundation and is building relationships with local media and community groups.

For two years he wrote a weekly column for the Sunderland Echo and tells the story of his association with Sunderland AFC in the book “Tales of the Red and Whites” Volume 1.

David is an active supporter of several charities and is in the process of organizing his own inaugural Golf Day at The Grove, supporting Blood Cancer UK, which is scheduled for Spring 2021.

He ran the Great North Run in 2013 to raise funds for the Sir Bobby Robson Foundation supporting cancer care in the North East, and the Royal London Parks Half Marathon in 2015 for Parkinson’s in support of his friend and Sky colleague Dave Clark.