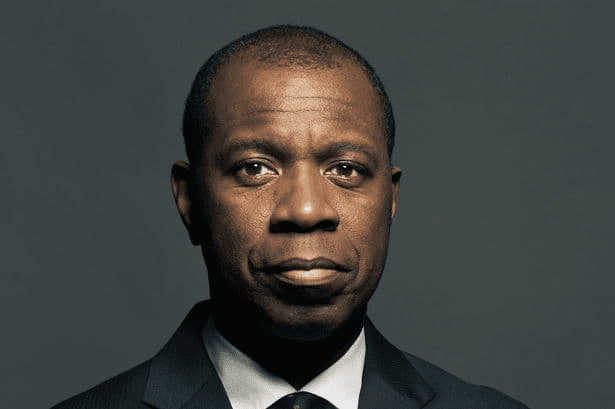 Clive Myrie is an award-winning media personality serving as a BBC presenter and foreign correspondent. He is also the host of the BBC Two gameshow Mastermind and BBC One spin-off show, Celebrity Mastermind.

He is tall in stature however his exact height is unknown.

Myrie is a British national.

He attended Hayward Grammar School in Bolton, followed by Bolton Sixth Form College, where he completed his A-levels. He also graduated from the University of Sussex with a Bachelor’s degree in Law in 1985.

Born in Bolton, Clive is the son of Lynne Myrie and Norris Myrie. His parents emigrated from Jamaica in 1962 to give their kids an education and a better chance in life.

His mother was a seamstress who later worked for Mary Quant, while his father was a factory worker who made car batteries.

Clive said, “My mum had been a teacher in Jamaica, and education was important. If your grades weren’t up to scratch, you knew about it. She was firm, but fair, and made it clear to me that, in a white-dominated world, you had to be twice as good to make it.”

His parents are divorced, and his father returned to Jamaica following his retirement.

He is the fourth of seven children, four boys, and three girls.

Clive is married to Catherine Myrie, an upholsterer and furniture restorer. They tied the knot in 1998 at a Catholic church in Covent Garden.

He met his wife at a book launch and it was love at first sight. He said, “My friend was the head of PR for a publishing house and I wanted her to come to a party with me.”

She said, “We’ve got to go to this book launch first.” “It was for a book on Swiss cheeses at the Swiss Centre in Leicester Square and I don’t even like cheese.”

“I turned up and that’s where I met Catherine. We got on, so I said to my friend, ‘Set us up, set us up,’ and we started dating.”

Previously, his wife was a teacher who retrained as an upholsterer. He added that she gave him ‘the courage and space to pursue his dreams’.

They don’t have children ‘because it didn’t make sense traveling around the world and not having the stability a child would need, he said. 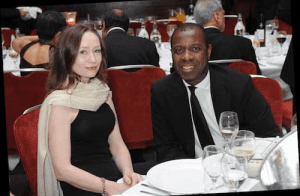 Myrie and his wife

Myrie joined the BBC in 1987 as a trainee local radio reporter. His first assignment was as a reporter for Radio Bristol in 1988, returning to the BBC after a year with Independent Radio News. He then reported for Points West, and latterly BBC Television and Radio News.

In 1996, Myrie became BBC’s foreign correspondent and has since reported from more than 80 countries. He initially became the BBC’s Tokyo correspondent and was then the Los Angeles correspondent from 1997 to 1999. He was appointed BBC Asia Correspondent in 2002 and was Paris correspondent from 2006 to 2007. His career has encompassed major stories such as the impeachment of U.S. President Bill Clinton, and the wars in Kosovo, Afghanistan, and Iraq. During the invasion of Iraq by coalition forces in March 2003, Myrie was an embedded correspondent with 40 Commando Royal Marines, joining them initially on HMS Ocean and subsequently during operations on the Al-Faw Peninsula.

After latterly serving as a Europe correspondent based in Brussels, he was appointed a presenter on the BBC News Channel in April 2009. Since joining BBC News, he has presented the BBC Weekend News and weekend editions of BBC News at Ten and BBC Breakfast, both on BBC One. In June 2014, he began presenting weekday bulletins on BBC One.

Myrie has presented the 18:30-to-midnight slot, Monday to Thursday, on the BBC News Channel. During the 2015 general election, he was the main presenter of Election Tonight at 19:30 and 21:30. Since 2019, he has focused on BBC One network bulletins with the evening shift presented by a set of relief presenters.

Myrie has occasionally presented on BBC World News, including World News Today, World News America, and the 2016 US election. In September 2017, he appeared as a panelist on Richard Osman’s House of Games gameshow. He has also presented with Katty Kay the current affairs programme Beyond 100 Days.

On 22 March 2021, Myrie became the new host of the BBC Two gameshow Mastermind and its BBC One spin-off show, Celebrity Mastermind, following John Humphry’s decision to leave after 18 years. He made his debut as host on 23 August 2021.

Myrie has experienced racist abuse. He says the racist abuse he regularly receives has become increasingly virulent and prevalent in recent years and is at its worst since he started his career in 1988. In 2019, a far-right extremist who threatened to kill him was jailed.

“The most recent thing I got two weeks ago was quite succinct: ‘Fuck off you black cunt,’” he said.

“It actually doesn’t really bother me at all. What bothers me is the general sense that we live in a country where some people think racism is either imagined, or in people’s minds, and I think that is a notion that has to be fought.

He has an estimated net worth ranging from $1-$5 million.