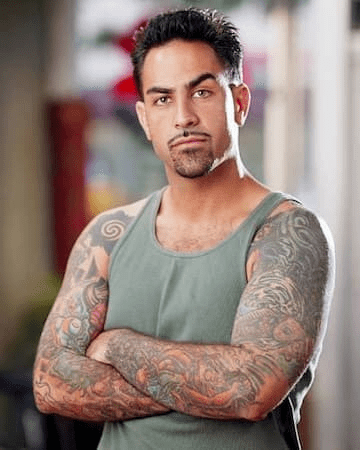 Chris Nunez is a tattooer, media personality and an entrepreneur. He was a judge on the Spike network’s reality competition, Ink Master. He was also a cast member of the TLC network’s reality show Miami Ink. Chris owns the Handcrafted Tattoo And Art Gallery shop in Fort Lauderdale, Florida and Liberty City Tattoo in Wyoming, US. He also opened Love Hate Tattoos on Miami Beach with Ami James.

He is an American by nationality. He is also of Cuban and French descent.

Growing up in Miami, Florida Chris had an interest in art. He began painting graffiti as a teenager and his father supported him. Later, he fell in love with tattooing and obtained an apprenticeship at a local tattoo shop. When he was 18 years old his father died.

As at 2021, Chris is single. Previously, he was married to Carole-Anne Leonard. However, the couple divorced due to unknown reasons. After his divorce, he dated Margarita Anthony. His affair with Anthony also ended.

He has two children, a daughter Andreanna Nunez AKA Kali, and a son, Anthony. He stays with his daughter and mother while his son stays in California with his mother. 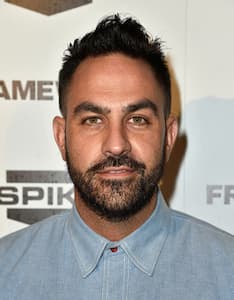 First, Nunez got into graffiti when he was still a teenager. Later, he went on to become a well-known tattoo artist. Interestingly, when he was 16 he got his parents’ names tattooed on him, making them his first and best tattoos. Later, he opened the Handcrafted Tattoo And Art Gallery shop in Fort Lauderdale, Florida. He also opened Love Hate Tattoos on Miami Beach with Ami James. Additionally, he owns Liberty City Tattoo in Wyoming, US.

Tatu Baby is featured in both seasons two and three of Ink Master. As seen Chris always had a crush on her, not hidden. Most of the times he was on her side and never criticized her on anything. Moreover, she had the support of her fan as they voted her back even after getting disqualified in season two.

Chris was one of the stars of the 2005 – 2008 tattoo-based reality show Miami Ink. This was along with Ami James, Chris Garver, Darren Brass, and Kat von D amongst others.  He has also been a judge at the Ink Master, the Spike network reality competition in which tattoo artists compete in challenges assessing their tattoo and related artistic skills for 13 seasons along with Dave Navarro and other judges. On Ink Master when he competed in season 8, he came in second.

Nunez is also a partner in the media corporation Ridgeline Empire. It operates the subsidiaries Ink Skins and Upset Gentlemen and an animation studio with two animated series in development as of 2014: Hoodbrats and Toothians.

Chris is the co-founder of Color Collab, a new digital coloring book app available for Android and iPhone users, alongside his friend Tobias Sherman. The two met over four years ago at Nunez’s tattoo shop.

“He came in to get a tattoo. He had actually already been tattooed by Ami [James] from “Miami Ink,” had a koi with water, of course, on the inside of his arm, and then came to me and really wanted to get something. And I ended up doing a big tiger on him. And it led us through about three sessions. He ended up getting a huge dragon on the top of his shoulder from [Chris] Garver. So he had the trio, the boys’ trio sleeve, ” said Chris.

The app seeks to bring the “universal activity” of color to “amateurs” and “seasoned professional artists,” while also gamifying the experience by letting budding artists go head-to-head with each other and collaborate with legendary artists like Chris.

In an exclusive interview with Nicki Swift, Chris explained that Color Collab was developed by Simon, Tobias Sherman’s friend. “He and Simon were big proponents of ELEAGUE and that was really their work … Simon was an amazing developer and Toby was heavily invested in tech. And we were always talking about different ways that we could do things where I could work art into gaming. So over the course of time, we kind of went down a road of becoming friends … and finally coming up on something based out of the fact that I was a judge on a competition show.”

He also explained how the App works, “When you get on the app and you can open it up, you have your different tools, which you can select. You can select your different paints. You can paint either per cell or you can actually go in with an iPencil or an iPen and your tool and you can actually shape, you can blend colors. You can stipple shade, you can dye, you can fade out, you can use what almost looks like spray paint. You can get lost. So the beauty of what it is that Simon built through all of our conversations is now we get to watch our replays on the app.”

He has an estimated net worth of $7 million.