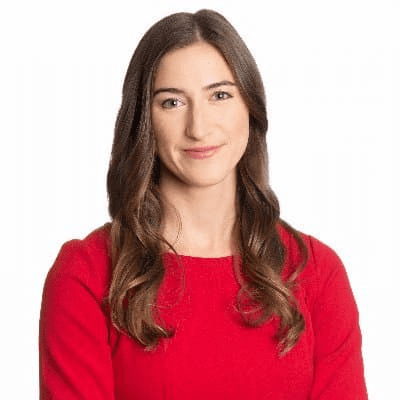 Cheyenne Haslett is an American Journalist serving as a Reporter on Federal Response to Coronavirus at ABC News in Washington, District of Columbia, United States. She previously reported the 2020 USA presidential campaign.

No published information discloses data about her age, year of birth, place of birth, or when she celebrates her birthday.

Details about her physique are not yet updated.

The Spanish-speaking Journalist graduated from the University of Connecticut with a Bachelor of Arts, B.A in 2017.

The identities of her parents or siblings still remain undisclosed to social media.

No available information reveals about the Journalist’s husband. It’s therefore not clear whether she is married, in a relationship, divorced, or single.

Cheyenne spent two years on the trail as a 2020 Campaign Reporter and Producer at ABC, traveling the country, reporting and covering presidential campaigns and battleground states on the presidential cycle. She as well spoke to voters, embedded with the Warren campaign.

Reporting for the network from the field, she filed for a digital, shot, and produced for World News Tonight, Good Morning America, Nightline, and doing hits for ABC News Live.

Away from politics, the Journalist now covers the federal response to coronavirus. Over the months she covered the initial stimulus package and every facet of how the virus affected people, especially on the shortfalls of PPP, unemployment benefits that never reached those in need, and the coronavirus oversight commission. Haslett also reported on the impacts of Trump’s words

Advertisement
on families who lost loved ones and the disintegration of trust in the CDC.

Between August 2018 and Jan 2019 she worked as a Digital Reporter for ABC News in Washington, District of Columbia, United States, where she filed breaking news, with her focus mostly being the White House and Capitol Hill. Cheyenne further enterprise stories on topics from voter discrimination on tribal lands in the 2018 midterms to Trump’s evolving rhetoric on abortion.

Her previous involvements were with ABC News as the Production Assistant for 2 years in Washington D.C. Metro Area and a Production Runner, in which she assisted in producing ABC News’ special report on President Donald Trump’s Inauguration.

The media personality also worked with various organizations such as The Hartford Courant as a Political Intern, The Daily Campus as a Digital Editor, WNYC Radio as the Production Intern and also as a Multimedia Newsgathering Intern with ABC News in June 2016.

Cheyenne Haslett Salary And Net Worth

Both her earnings and net worth have not been publicly availed.