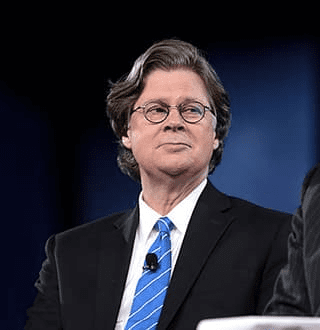 Byron York is a media personality serving as a Fox News contributor. He is also the chief political correspondent for the Washington Examiner since 2009. Previously, he was a White House correspondent for National Review.

His parents are; Thomas Earl York, a television personality from Birmingham, Alabama, and Helen Hamilton. His mother was born in 1929. He also has a nephew called Park MacDougald, a Washington Examiner’s Life and Arts editor.

Despite Byron being a longtime television personality, he has managed to keep his love life private. It is therefore unknown whether he is married, single, or in a relationship. It is also not known whether he has kids or not.

He lives in Washington, DC.

Additionally, York has written for The Atlantic, The Hill, The Wall Street Journal, The Weekly Standard, and the New York Post. He has also appeared on programs such as Meet the Press, The NewsHour with Jim Lehrer, The O’Reilly Factor, Meet the Press, Special Report, The Laura Ingraham Show, and Hardball with Chris Matthews, and has contributed occasional commentaries to National Public Radio. For a brief period in 2005, he was a contributing blogger at The Huffington Post. He has taken part in discussions with other media personalities at BloggingHeads.tv.

In 2001, York criticized President Clinton’s pardon of Susan McDougal, who had served three months in prison related to her involvement in the Whitewater scandal. He also posited a plot by the Democratic Party to “take down” President George W. Bush in his book, The Vast Left Wing Conspiracy in 2005.

In 2007, he called on President Bush to give a full pardon to Scooter Libby who was sentenced to prison for obstruction of justice, perjury, and making false statements in the Plame affair.

Additionally, In 2010 York wrote an op-ed titled “Obama has himself to blame for Muslim problem.” It argued that President Obama had himself to blame for the widespread misconception that he was Muslim. In February 2019, he also argued that the attempt by the new Democratic majority in the House of Representatives to compel the release of President Trump’s tax returns amounted to the “ultimate fishing expedition.”

In 2020, during the George Floyd protests against racism and police brutality, Byron criticized a statement by former President George W. Bush which said it was “time for America to examine our tragic failures.” York said it was “remarkable” that Bush “almost completely ignored riots, violence.”

He is the author of the following books;

York has an estimated net worth of $7 million.