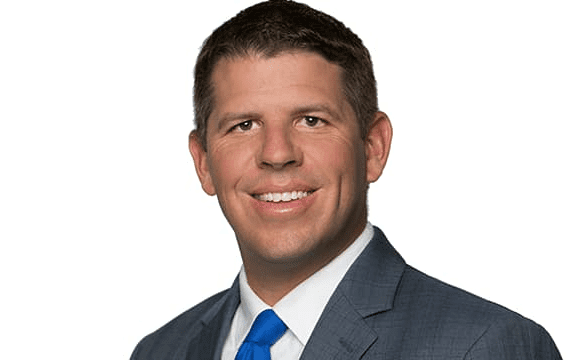 Brent Martineau is a media personality serving as the sports director for Action Sports Jax. He joined the station in March 2008. Previously, he worked at an award-winning sports department in Albany, New York.

Martineau graduated from Ashland University in Ashland, Ohio, in 1999. He played outfield for the Eagles team that made it to the Division II College World Series in 1999.

Martineau is originally from East Providence, Rhode Island. However, there is no information about his parents. He hasn’t also shared with the public whether he has siblings or not.

Martineau is married to his wife, Stefanie. The couple has 12-year-old twins, Tyler and Kaylee, and lives in St. Johns County.

Brent is the sports director for Action Sports Jax. He joined the station in March 2008. Brent and Action Sports Jax like to make the argument that we have more local sports programming than any other local station in the country with more than 150 hours annually.

The award-winning sports department has been recognized with Emmy Awards and nominations, Edward R. Murrow Awards, and Associated Press Awards for sportscasts and storytelling.

CBS47 and FOX30 are the Official Stations of the Jacksonville Jaguars and Brent hosts the Monday night show called Jaguars All Access. In the past, he has also been the sideline reporter for Jaguar’s radio broadcasts and does the TV sideline reporting for the preseason games.

Prior to Jacksonville, Brent was at an award-winning sports department in Albany, New York for five years and also worked for WPRI/WNAC-TV in Providence, Rhode Island, and for KLAX-TV in Alexandria, Louisiana. Brent has had the fortune of being at some big-time events like the Super Bowl, World Series, The Masters, and National Championship Games, but he really enjoys telling stories about the local athletes — professional and amateur.