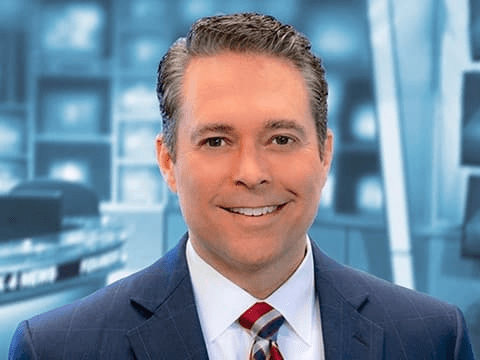 Brandon Todd is a media personality serving as the Morning Anchor/Reporter for FOX 4’s Good Day. He co-anchors the 4-6 a.m. newscasts with Hanna Battah. He also reports on the news of the day.

Todd is an American national.

He graduated from Ball State University in 1994 with a Bachelor of Arts degree in Telecommunications.

Todd grew up in the Midwest. However, there is no information about his parents. He hasn’t also disclosed whether he has siblings or not.

Brandon is married. Nonetheless, he hasn’t revealed his wife’s identity. The couple is also blessed with two sons.

“God’s greatest blessing to me though is the time that I get to spend with my wife and sons,” he said.

Todd is the Morning Anchor/Reporter for FOX 4’s Good Day. He has been covering stories at FOX 4 for more than two decades. He joined the station in November 1998.

Todd started out as a Reporter on the morning shift and was part of several award-winning breaking news stories. After several years of reporting across the metroplex, state, and country covering stories for evening newscasts, he’s back on Good Day each weekday. He co-anchors

Advertisement
the 4-6 a.m. newscasts with Hanna Battah. He also reports on the news of the day which can be anything – including breaking news events, politics, and so on.

Todd’s story began in the Midwest where he grew up, transitioned to Florida where he worked in newsrooms in Sarasota and Ft. Myers until eventually making the trek to Texas.

For more than two decades at KDFW, Todd has covered the shuttle disaster in east Texas, various hurricanes over the years, the explosion in the West, and hundreds of local stories in North Texas.