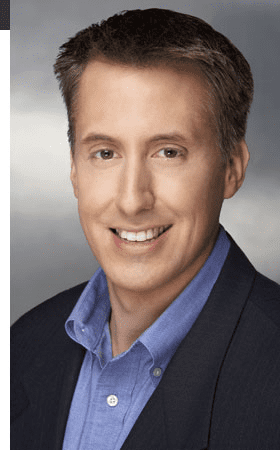 Bob Van Dillen is a media personality serving as a meteorologist for HLN “Morning Express with Robin Meade.” He joined the network in September 2002 and he is based in CNN’s world headquarters in Atlanta. Previously he was a weekend meteorologist with the NBC affiliate WCNC in Charlotte.

Van Dillen is an American national.

In 1991, Bob graduated from Randolph High School. He also attended Millersville University of Pennsylvania where he earned Bachelor of Science degree in Meteorology.

There is no information about his parents or siblings. It is therefore not known whether he has siblings or not.

Bob is married to Ali Van Dillen, a realtor at Ansley East Cobb. The couple met in 2002 when Bob was living in Charlotte. His wife’s passi on in real estate began years ago as a banking professional in commercial real estate. She earned the title “Rookie of the Year” in her first year of being an agent. She also has over 20 years of experience in commercial real estate, capital markets, marketing, sales strategy and market analytics holding leadership positions in major corporations such as Bank of America, Wells Fargo and SunTrust Bank.

Van Dillen is a meteorologist for HLN “Morning Express with Robin Meade” based in CNN’s world headquarters in Atlanta. He joined the network in September 2002.

Van Dillen was awarded the American Meteorological Society (AMS) Seal of Approval in March 1997. He also is a full member of the AMS.

Van Dillen has an estimated net worth of $1.5 million.