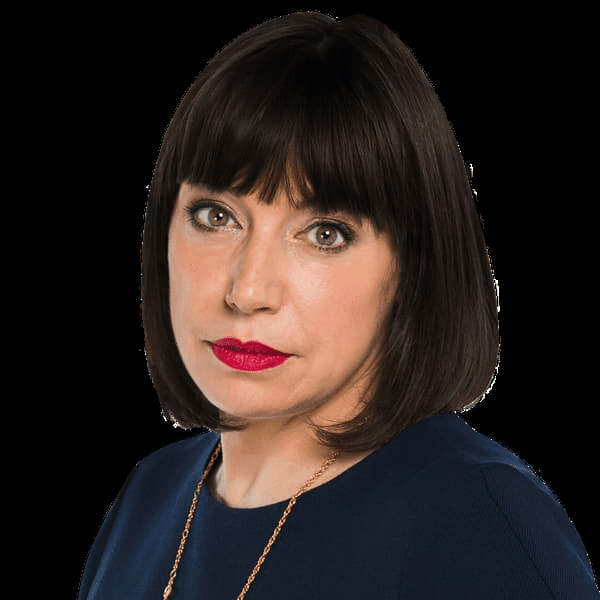 Elizabeth Frances Rigby is a media personality serving as a Political Editor at Sky News since 20119. She has previously worked as a Newspaper Journalist for the Financial Times and The Times.

Her stature details shall be updated soon.

Grew up in Buckinghamshire, and attended Beaconsfield High School, a girls’ grammar school. In 1997 she graduated with a first-class degree in social and political science from Fitzwilliam College, Cambridge. Rigby later furthered her studies to gain a master’s degree in economics and development studies from the Institute of Latin American Studies at the University of London.

Her father was a businessman while her mother was a headteacher. The mother died of lung cancer at the age of 62 years. She also had a brother called Alex, who died of thymic carcinoma at the age of 42.

Beth is married to Angelo Acanfora, who is a former graphic designer but became retired in 2016.

The journalist has two children. Together with her husband and the kids they live in North London.

Before joining the Financial Times as a graduate trainee in 1998, she first worked as a teacher of English in Portugal.

Having served at the Financial Times, the media personality then joined The Times

Advertisement
as media editor in 2015. A year later she moved to Sky News, with her initial role being as a senior political correspondent. In July 2018 Rigby was promoted to the deputy political editor position. Her excellence in executing the duties assigned saw her climb higher to being appointed political editor in February 2019, a post she took up on 12 April 2019, replacing Faisal Islam, who had joined BBC News as economics editor.

After being criticized for breaching London’s tier 2 coronavirus restrictions in Dec 2020 when she attended a restaurant to celebrate the birthday of Sky presenter Kay Burley, Beth was taken off air until March 2021. Because of the incident, she offered to resign, later saying, “it was potentially damaging for the channel… it had upset my colleagues, and I felt absolutely wretched about that.” But John Ryley, the head of Sky News, declined her offer to resign.

She was also associated with the position of BBC News’ political editor after Laura Kuenssberg’s announced her departure from BBC.

On Thursday nights on Sky News, she presents a talk show called Beth Rigby Interviews launched in March 2022. Andrew Billen of The Times says, “Rigby will stay on as Sky News’ political editor until at least the next general election.”

Beth Rigby Salary And Net Worth

Her salary and net worth data are under review.