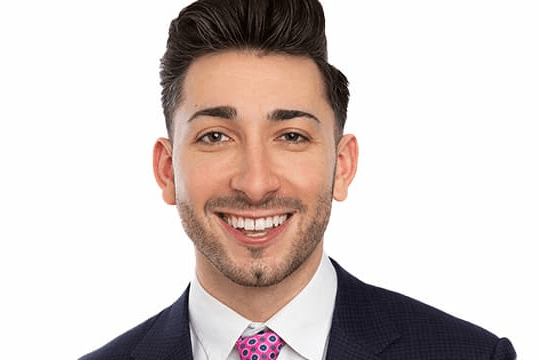 Ben Ryan is an award-winning media personality serving as a general assignment reporter for Action News Jax. He joined the Action News Jax team in January 2021. Previously, he was a morning reporter at WTEN-TV in Albany, New York.

Ryan graduated from Springfield College in Massachusetts with a Bachelor’s degree in Sports Journalism/Communications and a minor in marketing in 2018.

While at the University, Ryan interned as a sports writer at the Saratogian. He was also a reporter and an associate producer at CBS6 Albany WRGB. In addition, Ryan was a broadcaster at FloSports and an intern at Good Day Philadelphia and the Q.

There is no information about his parents. He hasn’t also disclosed whether he has siblings or not.

Ryan isn’t married. However, he is engaged to his fiancée Charli Spiegel. The couple got engaged on November 21, 2022.

Ben is an Edward R. Murrow award-winning journalist and general assignment reporter for Action News Jax. He comes from his hometown and the market of Albany, New York. There, he covered everything under the sun: from new business openings to food hunger campaigns and boats floating aimlessly down the Hudson River, leading to a wide array of breaking news and plenty of snow coverage. He was a strong personality for over 2 years on their morning show Monday through Friday.
When he’s not reporting on TV, he’s usually at the gym, playing basketball, making music with friends, or hanging out with his girlfriend and wonderful dog, Reuben.