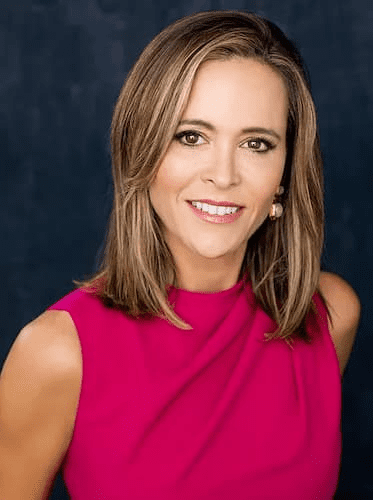 Anita Vogel is an award winning media personality serving as a correspondent for FOX News Channel based in Los Angeles. She joined the network in 2001. Previously, she was a reporter and fill-in anchor at KCRA-TV (NBC 3) in Sacramento, California.

Upon completion of her high school education, Anita joined the University of Southern California where she graduated with a B.A. in Broadcast Journalism and Political Science.

Born in California, Anita’s mother is an Armenian American while her father is of Eastern European descent. Her father passed on when she was still a child.

Her mother’s family escaped the Armenian genocide from the small village of Evereg. Evereg was part of what is now Develi, a town and district in Kayseri Province in Central Anatolia Region, Turkey. Her mother was born in New York. She moved the family from New York to California when Vogel was 2 years old.

Vogel is married to Mark Rozells, the CFO of Fairmont Raffles Swiss Hotels. She also has a daughter named Evangeline Rozells with her husband. In addition, she is a step mom to her husband’s kids from his previous relationship.

Vogel is a correspondent for FOX News Channel (FNC) based in Los Angeles. She joined the network in 2001. During her tenure at FOX News, Vogel has covered a multitude of stories, including the 2012 movie theatre shooting in Aurora, CO, the torching of an explosive-packed home in Escondido, CA and various consumer interest stories. She has also secured interviews with former President Bill Clinton in 2008 and the Dalai Lama. Additionally, Vogel covered the Mexican presidential elections of 2006 from Mexico City and reported live from New Orleans, LA when Hurricane Katrina struck the region and spent the next two weeks covering the catastrophic aftermath.

Before joining FNC, Vogel worked as a reporter and fill-in anchor at KCRA-TV (NBC 3) in Sacramento, CA and as a reporter for WTLV-TV (NBC 12) in Jacksonville, FL and for WJET-TV (ABC 24) in Erie, PA. Vogel began her journalism career at ABC News in Washington, DC as a desk assistant for This Week with David Brinkley.

Vogel has been the recipient of many awards including;