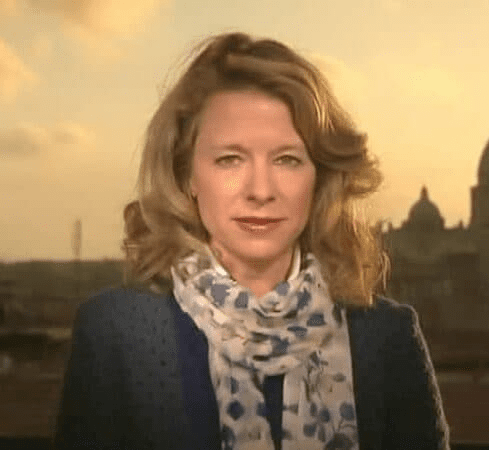 Amy Kellogg is a media personality serving as a senior Foreign Affairs correspondent for Fox News based in Milan. She joined the network in 1999 as a Moscow-based correspondent. Previously, she worked at WNEP-TV (ABC 16) in Scranton, PA.

Kellogg received a Bachelor of Arts degree in Soviet Studies from Brown University. She also spent a semester at Leningrad State University and received her M.A. from Stanford University in Russian and East European Studies. Additionally, she studied Russian at Phillips Academy in Andover, MA and she is also fluent in Spanish and French.

There is very little information about her childhood. Her father is of African-American descent while her mother belongs to the Caucasian White ethnicity. She hasn’t revealed whether she has siblings or not.

Kellogg has not disclosed to the public whether she is married, single or in a relationship. It is therefore presumed that she is single.

Kellogg serves as a correspondent based in Milan. She joined FOX News Channel (FNC) in 1999 as a Moscow-based correspondent. On November 13th, 2015, she reported live from France to cover the deadly terrorist attacks in Paris. She has also covered the unrest in Kiev and Crimea in 2014 live from Ukraine. Additionally, she was on the scene in London for the birth of the Duke and Duchess of Cambridge’s first child, His Royal Highness Prince George of Cambridge and provided on-site coverage of the retirement of Pope Benedict XVI and the inauguration of Pope Francis. Previously, Kellogg covered the 2012 London Olympics, Russian and Iranian elections, the Royal Wedding of Prince William and Catherine Middleton and the 2011 Amanda Knox appeal trial.

During her tenure at FNC, Kellogg has played a key role in the network’s coverage of high-profile international stories. She has had access to the Islamic Republic of Iran and an opportunity to speak with President Mahmoud Ahmadinejad in 2007 at the press conference following the release of 15 British sailors that were held captive. Kellogg has also covered political as well as social topics from the region, including Iranian and Iraqi war veterans suffering the effects of Saddam Hussein’s chemical weapons, as well as spent significant time with Iran’s youth. She reported from Pakistan and Afghanistan after September 11, 2001, in Israel and the Palestinian territories throughout the Second Intifada and in Iraq in 2004. Additionally, she has reported from Saudi Arabia, Bahrain, the United Arab Emirates and aboard the USS Stennis in the Arabian Sea.

Amy traveled to Chechnya during its second war of the 1990s and covered the resignation of the late Russian President Boris Yeltsin. She provided in-depth coverage of the life of Pope John Paul II and reported from Poland at the time of his passing in 2005. She has also reported on the Mumbai train bombings in 2006, the London transit bombings in 2005 and the wedding of the Prince of Wales to Duchess of Cornwall Camilla Parker-Bowles in 2005. Kellogg also traveled to North Africa with the Duke of York Prince Andrew on a trade and investment mission for the United Kingdom.

She has an estimated net worth of $2 million,