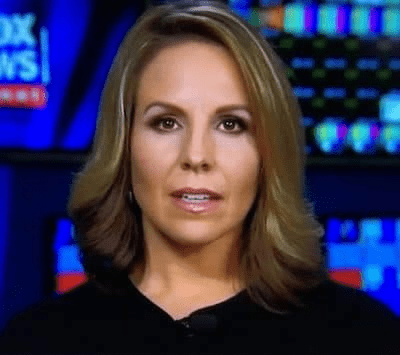 Alicia Acuna is a media personality serving as a general assignment reporter for Fox News based in the network’s Denver bureau. She joined the network in September 1997. Previously, she was a weekday anchor/reporter for KSEE-TV (NBC) in Fresno, California.

Acuna is 52 years old. She was born on May 27, 1970, in Whittier, California, United States although she grew up in Arizona.

Acuna is 5 feet and 5 inches tall.

Thanks. Except I don’t technically have a lazy eye === one is simply smaller than the other. Have a good one.

She is an American national and holds a Mexican-American ethnicity.

A 1988 graduate of Tucson High Magnet School, Alicia also earned a degree in Journalism/Broadcasting from Northern Arizona University in 1993.

Her parents divorced when she was 13 years old and her father moved to San Diego, California. She stayed with her mother in Arizona during school days. During the holidays she went to live with her father in California. However, it is unknown whether she has siblings or not.

Acuna married Brian Daniel Boyd in April 2004. Her husband, Daniel was diagnosed with cancer in 2009 though he was cured. Since then, Acuna has been giving updates about her cancer-free husband thanking God, family members, and friends for standing with them.

She has two children with her husband, Daniel; a daughter called Sofia born in 2004, and a son called Mario born in 2006. She is also a stepmother to her husband’s three children from the previous marriage.

Acuna is a general assignment reporter for Fox News based in the network’s Denver bureau. She joined the network in 1997. Most recently, she provided the latest breaking election news from Arizona during FNC’s Democracy 2020 election coverage. During her tenure at the network, she has covered a variety of major breaking news stories and has played an integral role in FNC’s political coverage.

Acuna has reported on the coronavirus pandemic, wildfires in the Western United States, the opioid crisis, and the Ebola outbreak and also covered the wake of the devastating May 2013 EF5 tornado reporting live from Moore, Oklahoma, among other events.

Acuna began her career as an assignment editor. She was the runner-up for the 1997 APTRA reporter of the year award and conducted a fellowship at the CBS News national headquarters.

Alicia was born in Whittier, California, and grew up in the southern parts of Arizona and California. She falls somewhere between second and third-generation Mexican-American. Her parents both consider themselves Chicano, therefore, making her a Chicano too.